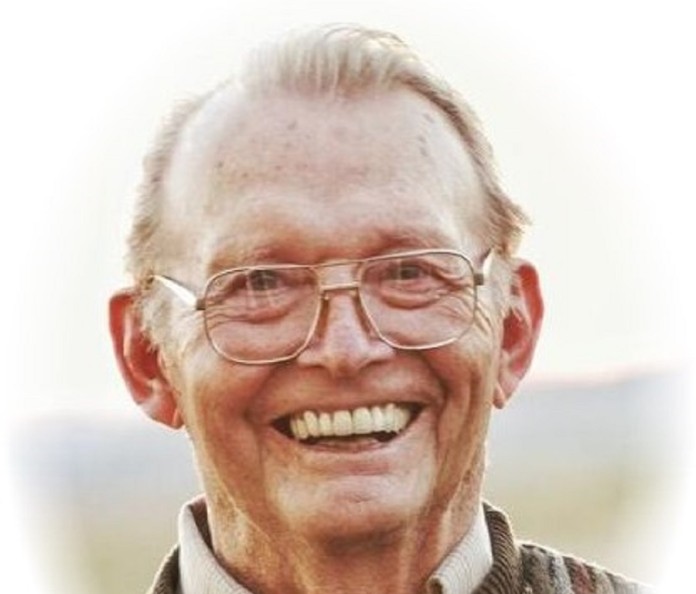 LaVerne Weldon Erickson, son of Floyd Erickson and Mildred Anderson Erickson, was born May 24, 1927, on a farm near Stratford, Iowa, and died Jan. 19, 2016, at the Eastern Star Masonic Home in Boone, where he had resided since last September. LaVerne was 88 years old.

A visitation service was held Friday, Jan. 22 at St. Brigid Catholic Church in Grand Junction. Family was present from 6-8 p.m., with a vigil service at 7 p.m., officiated by Deacon David Brown.

Interment will be held at Mount Calvary Cemetery in Grand Junction at a later date.

LaVerne was one of four children, including his twin sister, LaVonne, who died when only four years old.

He graduated from Stanhope High School in 1944 and continued farming with his father and uncles.

LaVerne was drafted into the U.S. Army. While stationed in Colorado Springs, Colo., he married Ima Lee Bechard Sept. 29, 1951. They were blessed with seven children and suffered the deaths of two of their children, a son, Danny, at age 2 and a daughter, Diana, at age 14.

After his honorable discharge, which included a year in Korea, LaVerne and Ima Lee farmed at Webster City. In 1970 they moved to Grand Junction, where LaVerne continued his farming career. He semi-retired in 2001.

LaVerne loved his family, and he and Ima Lee made sure the family had a vacation each year.

Farming was both his livelihood and his hobby.

In addition to his little sister, LaVonne, and children Danny and Diana, LaVerne was preceded by his parents.