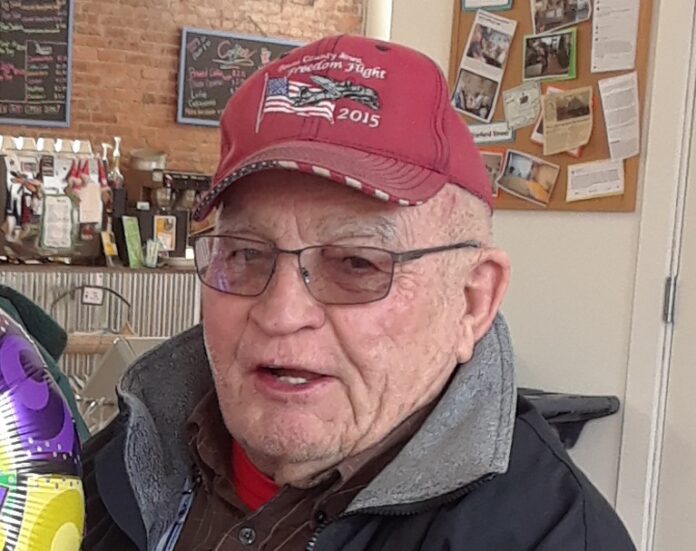 Funeral services for Lawrence Bice, 87, of Ogden will be held Monday, Oct. 4 at 10 a.m. at the Christ Lutheran Church in rural Bouton. Visitation will be Sunday, Oct. 3 from 2-7 p.m., with family present from 4-7 p.m. at the Carris Family Funeral Home and Cremation Care in Perry. Burial will be in the Peoples Cemetery in rural Woodward.

Everyone is encouraged to wear face coverings and practice social distancing while attending visitation and services.

In lieu of flowers, please consider donations to your local Future Farmers of America (FFA) or the American Lung Cancer Society and may be left at the funeral home. Online condolences may be left at www.carrisfuneralhome.com.

He attended school in Woodward, graduating in 1952.

He served in the U.S. Army from 1953-1955 and was stationed in Okinawa. Following discharge from the military, Lawrence married the love of his life, Helen Jean Hansen. Together they raised three girls on their farm, Karla, Karol and Karen.

Lawrence was a lifelong farmer and was known to many neighbors and friends. One highlight of his life was when his grandson, Connor, decided to start farming in 2021 with his guidance.

Lawrence served on numerous boards, including Farm Bureau, Kiwanis and the Perry Lutheran Home, and he was a supporter of 4H and FFA.

Lawrence and Helen traveled to many countries, including Hungary, Russia, Ukraine and Georgia, helping others by sharing their agriculture expertise.

Lawrence love to tell stories and could make friends with anyone in any county or any country.

He was always willing to help anyone in need and found happiness in a good harvest in the field.

Lawrence raised livestock cattle and pigs for many years. His farm was featured in Wallaces Farmer and was named one of the prettiest farms in Iowa in the Our Iowa Magazine.

He loved to be with family and friends. He had a strong faith, and we know that Helen is waiting for him in heaven.