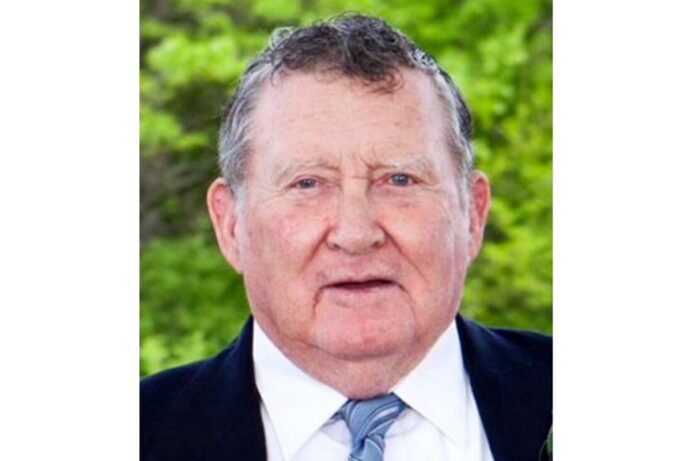 Funeral services for Larry Harney, 87, of Granger will be 11 a.m. Thursday, May 27 at  the Lutheran Church of Hope, 1335 N.E. Beaverbrooke Blvd. in Grimes. Burial will follow at the Beaver Catholic Cemetery. Visitation will be held one hour prior to the funeral service at the church. Larry passed away Wednesday, May 19, 2021, at his home in Granger, Iowa.

He attended school at Granger Assumption and graduated with the class of 1949.

Larry was drafted into the U.S. Army in 1954 and served overseas in Germany as a dozer operator with the 503rd Combat Engineers.

After his Honorable Discharge from the U.S. Army, he returned home and married Diana R. Long Sept. 29, 1956, at Assumption Church in Granger.

Larry loved farming and worked as a propane agent for many years.

He enjoyed trap shooting, hunting, tinkering in the shop, watching softball and Nascar and enjoying time with his family.

Memorials may be made to True Impact Outdoors for helping disabled and handicap Veterans hunt. Memorials and condolences to the family may be sent to Murdock Funeral Home in Perry, Iowa.

A live stream link to the funeral service will be announced later by checking murdockfuneralhome.net