Perry City Administrator Sven Peterson put his pride — and his hide — on the line last weekend when he rode a bucking bronco named Jawbreaker in a Nebraska rodeo.

But Jawbreaker might have been better named Rib Breaker, because that is what Peterson walked away with for his trouble: five cracked or broken ribs suffered in an awkward dismount.

“I made a full ride on a bronco last weekend,” Peterson said, “but unfortunately I managed to break a few ribs on my dismount, so the Let’s Connect fundraiser is going to have to be postponed for a while.”

Peterson was scheduled to try his hand at bull riding Sept. 8 in order to raise money for the Raccoon River Valley Trail to High Trestle Trail Connector. He was set to test his mettle against Mudslinger, a black bull with large horns, but the fearsome Jawbreaker of Nebraska intervened.

The bull-riding fundraiser is not cancelled but postponed, Peterson said. Pledges can still be made per second of the postponed bull ride or as a set dollar amount.

“I’ve got $200 pledged per second so far,” the cowboy administrator said last month, meaning if he held on for two seconds, $400 would go to the Dallas County Conservation Foundation in support of the nine-mile connector trail between Perry and Woodward that links the High Trestle Trail and the Raccoon River Valley Trail.

Pledge forms are still available at the Perry City Hall, on the Let’s Connect website and for download right here.

“Thanks for all of the pledges that have come in so far,” said Peterson Friday, his courageous spirit undimmed by his broken bones. “Now we just have some more time to get even more! Yee Haw!” 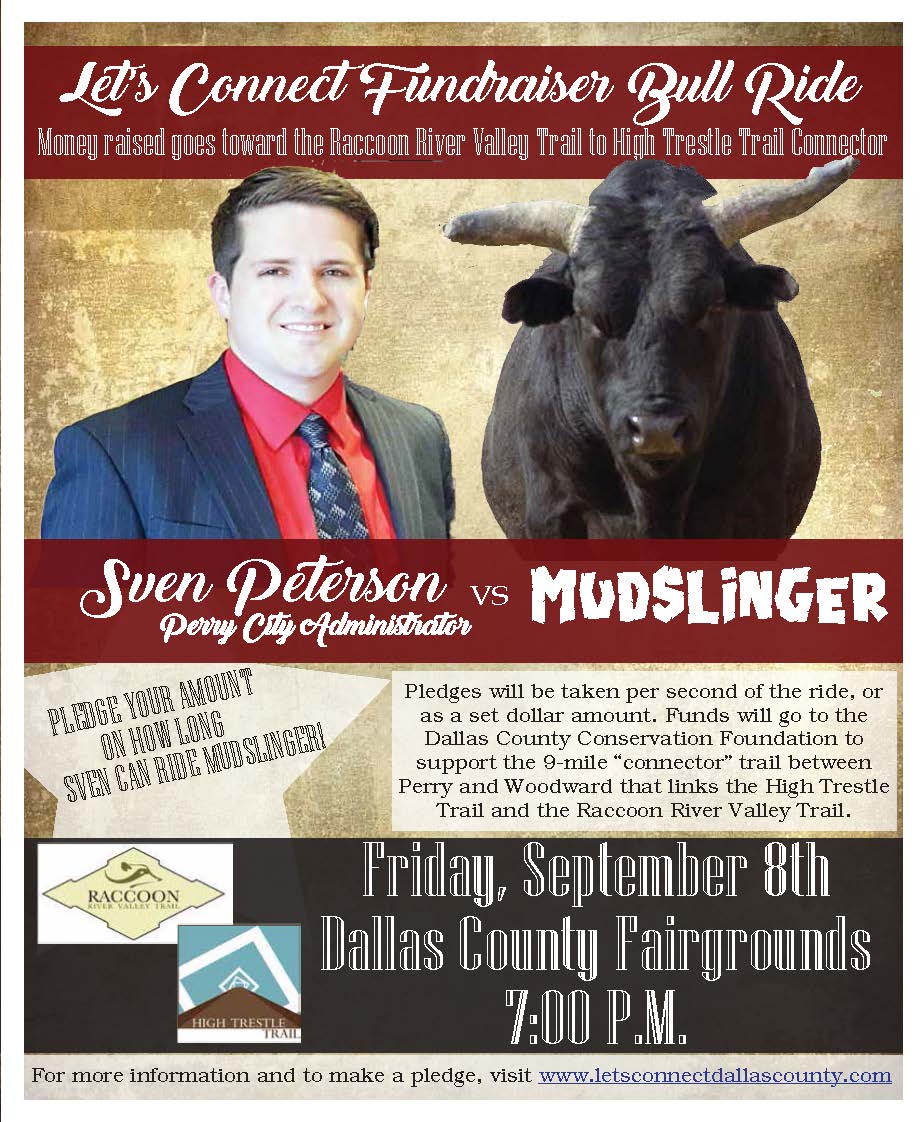