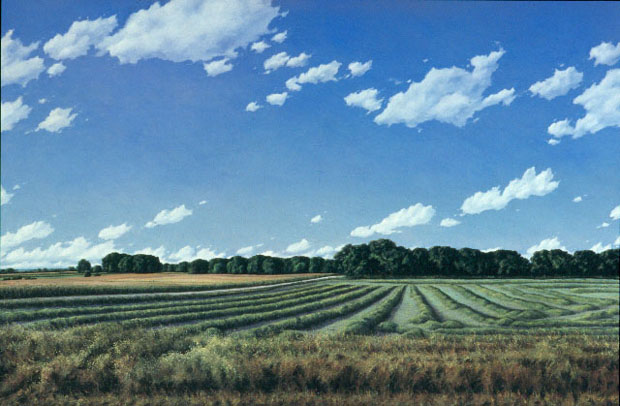 Ag is but a part of our history and culture. The landscape determined our agri-culture, and today our culture determines the health of the land. Iowa’s original prairie produced as much diversity as the Amazon, but today we live in the most biologically altered state in North America.

Agriculture is still living off the carcass of the prairie soils that have eroded by half over the last 50 years.

Ninety-three percent of Iowa has been altered for agricultural purposes, and five percent more is developed in cities and roads. Two-thirds of Iowa’s 36 million acres is planted in only two annual species – corn and soybeans.

How much agriculture can we live with?

We are concentrating into two camps, urban and rural, and fighting over water and the genetic control of our culture and land. In our grocery stores, we demand cheap, always-available food from all over the world, while Iowa farmers survive by managing more monoculture.

According to Iowa State University, Iowa imports roughly 90 percent of what we eat, and it travels an average of 1,700 miles to get here. Today diversity both on and off the farm is decreasing at a rate not seen since the last glacier.

Farming families have dwindled rapidly also as farms grow larger, now using more than 95 percent GMO corn and soybeans and resulting in a 50 percent increase in herbicide and insecticide chemical use over the last 15 years, according to the March 5, 2015 Des Moines Register.

Most family species are now considered pests, weeds or invading foreigners that we wage war on.

For example, the common milkweed that feeds the Monarch butterflies have been all but exterminated over the last few years. The Monarchs are now being considered for listing as an endangered species, and our bee, bird and bat populations also continue to crash.

We have declared eminent domain on all the critters’ land with no intention of ever paying fair market compensation.

We have taken 98 percent and even now are developing the last remnants for our recreation. We fail to realize we need these other species for our own survival. We are quickly finding ourselves in an altered agricultural state without them – leaving us all alone.

Letter to the editor: Iowa should learn moral of River Story