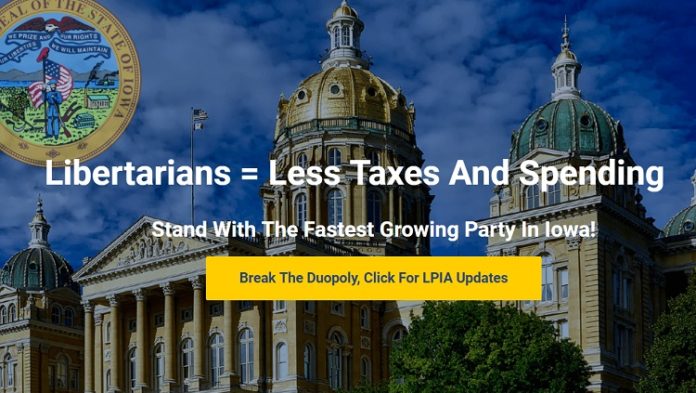 I have read with fascination first-hand accounts of candidates from the Republican and Democratic parties telling Libertarian candidates to drop out of the race or directly state they will not debate the Libertarians despite local news organizations inviting all candidates to a debate.

This behavior reminds me of a quote from Newt Gingrich: “When a candidate comes along who challenges the existing orthodoxies and power structures, he or she has to be ready for a vicious, intense condemnation from those already in power.”

Let’s sum it up: the candidates from the dominate two-party system are fearful of competition. Libertarian candidates bring fresh and relevant policy ideas that are sorely lacking. The usual drone of worn-out, knee-jerk reactions and one liners from the Republicans and Democrats cannot compare.

Even more startling is the refusal of some nationally owned news outlets to include Libertarian candidates in debates because they have not amassed hundreds of thousands of dollars in donations. I find it fascinating that money has become a criterion for a political party to be heard by the electorate.

As a thinking voter, I consider that to be an insult to my intelligence. Any number of abysmal candidates have been able to raise huge sums of campaign donations. Those sums of money are at best corrosive and at worst corrupting.

Sizable donations are meant to buy access and influence. I would find it refreshing and energizing to hear a quality candidate with next to no money who will be a fair representative of all the people rather than a bought-and-paid-for candidate representing the big money donors.