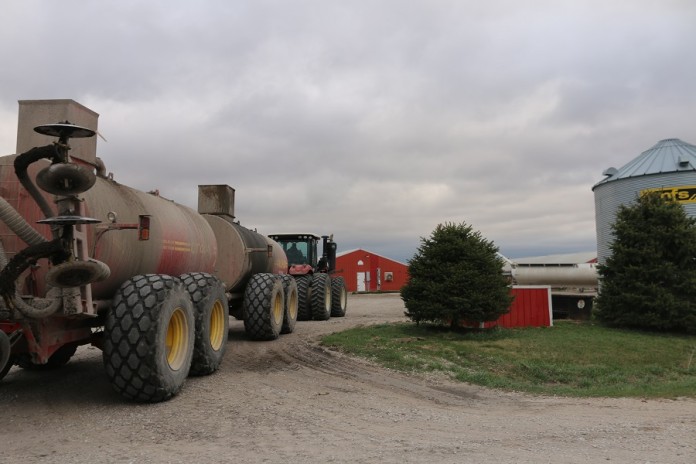 A letter was recently posted from a farmer who is a member of the Iowa Alliance for Responsible Agriculture (IARA). IARA was established to bring a variety of groups together primarily to oppose CAFO expansion in Iowa under the current regulatory framework.

I am an architect, and architects in general support new development in communities. It often spurs growth and adds opportunity for associated construction projects. But I have a big concern with the use of tax payer dollars in the Mason City packing plant proposal.

The sum of $27 million is being proposed — $14 million from Mason City and $13 million from the state of Iowa — as an incentive for a very profitable business. Prestige Farms is a company out of North Carolina. The company has stated they would process 10,000 hogs a day at full capacity but intend to open at half capacity. The reason they will open at half capacity is because there are not enough hogs to support full capacity.

This means new confinements. This means more water, air and health problems for more Iowans. The state has a hard time coming to any consensus on spending to improve water quality and health care improvements but has no problem finding money to spend on an industry that routinely is a part of the problem.

The pork industry standard currently is to build a confinement facility that is just under 2,500-head limit for hogs (also called 1,000 animal units). At this size, a CAFO is not required to get a permit or local approval.

Current law allows a CAFO to be built 1,250 feet from a residence. Not the property line, but a home. That’s less than one-quarter of a mile. That’s the same distance from the steps of the capital to the entrance to the historical building. The same is true for a church or a town: one-quarter mile. They can be even closer to water sources. There are no real proximity limits on where they can spread the animal waste. Obviously, they can’t put it on your property, but it can be dumped on the other side of the fence.

Decisions about industrial animal production, specifically pork, should only be allowed in a small, crowded room with a bucket of the toxic sludge that comes out of the pit sitting in the middle of that room. Let those decision makers understand the plight this contaminant has on Iowans’ lives.

I’ll grant it isn’t every day for me. I’m nine-tenths of a mile away. (See, when this happens to you, you start being real specific because unlike the industry, you want to make sure you speak in facts. You don’t need to make things up.) But there are people who live with the negative impacts every day.

“Iowa farmers feed the world” is what we hear when opposition to this kind of industrial expansion is voiced. It’s true, for sure, when you talk about pork. Almost all of the expansion is going to China. Heck, they own the companies.