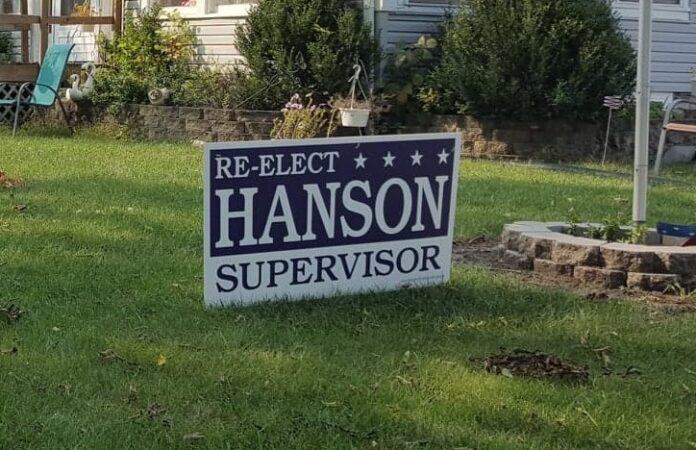 Mark Hanson has been an outstanding Dallas County Supervisor when it comes to working with elected officials, department heads and county employees on the matters facing the county. Mark is always willing to listen and understand our viewpoints. He has also been a watchdog for the county taxpayers and a strong advocate for maintaining one of the lowest county tax levies in the state of Iowa.

Dallas County Treasurer Mitch Hambleton said, “In the recent weeks, Democrat candidate for supervisor Larry Lyon has been on radio, Facebook and at a public candidate forum, where he indicated that the job of a supervisor is to oversee the other county elected offices within the county. It is obvious from those statements that Mr. Lyon has not performed any research on, nor does he have a clear understanding of the responsibility of the role he is seeking. Mark Hanson not only understands the role but has done an excellent job as a member of the Dallas County Board of Supervisors for the past 16 years and deserves re-election.”

Dallas County Recorder Chad Airhart said, “I have known Larry Lyon for a number of years and while I consider him a friend and personally like him, his answer to the question, ‘What is it a Dallas County Supervisor does?’ is incorrect. The role of supervisors and their powers are clearly outlined in the Iowa Code in section 331, and the Iowa State Association of Counties has developed a 113-page manual for county supervisors, and neither state that an Iowa County Supervisor oversees any of the elected offices (Treasurer, Auditor, Recorder, Sheriff and Attorney) mentioned by Mr. Lyon.”

Additionally, in various forms of communication, Mr. Lyon has incorrectly stated that a supervisor oversees Emergency Management, Public Health, Conservation and the County Assessor. All of those departments are managed by their own commissions or boards.

Early voting is occurring now and in just a few short days, election day will be upon us. Supervisor Mark Hanson has a proven record of serving the citizens of Dallas County regardless of party affiliation. He has maintained one of the lowest tax levies in the state while ensuring budgets were satisfactory for departments to provide necessary services and so those who need government services the most are able to get those services. Clearly, he understands the role of supervisor, and he has a track record to back it up. We ask you to join us in voting for Mark Hanson for Dallas County Supervisor.