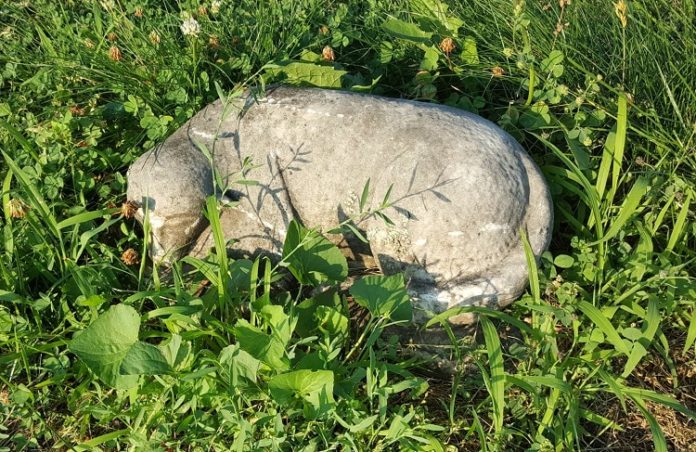 I am very disappointed that some people in the Perry community get so vocal about something when they do not know all the facts! I, too, go Violet Hill Cemetery to take flowers for various occasions for the many family members that I have buried there.

I agree that Violet Hill Cemetery looks bad this year, but I also understand that when the municipal budget doesn’t allow enough money to cover the cost of added employees, weed killer or road repair, one can’t expect to have a pristine looking cemetery.

As a quick look at the municipal budget will show, the cemetery receives operating monies from interest only on the sale of spaces, grave openings and a small amount from the general fund. When general fund monies must also go to the library, police department, parks department, rec department and airport department, there are not enough funds to go around in a community that doesn’t have the industrial base or population of taxpayers to supply the needed demand for improvements.

I have seen several times that the Violet Hill Cemetery has requested repairs and improvements to the cemetery roads only to have the request denied because of another department’s request.

Several years ago, when there was an active Perry Historic Preservation Commission, the group held fundraisers and provided occasional labor to assist the cemetery. There have been no flowers in the public planters in the cemetery since that group became inactive. The historic preservation group also raised money so that the veterans memorial could be saved from collapse. That is just the beginning of things that were done that have gone by the wayside.

Now with a budget that only allows for one employee’s salary for several months of the year, it has become an issue of how the cemetery looks. With the budget allowing for the expense of only one salary, that person is expected to weed eat and mow the entire cemetery with the interruption of stopping to mow properties throughout the city that do not meet the local grass/weed ordinances.

Could another department that has more employees do that job? The two men who have been mentioned in the cemetery are actually volunteers receiving no pay! Those men donating free labor for mowing and weed eating are Gerry Manger, Logan Steadman and Bob Dobeck.

There are some 23,000 graves at Violet Hill Cemetery, which is about three times the number of residents in the community. Thus, weed eating around all of the stones takes an enormous amount of time in addition to the regular mowing.

In closing, I believe rather than becoming radical about something that cannot be corrected in a day, we should be thankful to Cemetery Supervisor Richard Steadman Jr. for all of the other years when we have had a beautiful cemetery. He has spent nights sleeping at the cemetery in order to make sure the heaters are working to enable staff to perform a winter burials. He is also one of the few individuals who is able to determine lot lines in the cemetery.

To those who look at the job and think it is so easy because it is just mowing and weed eating, maybe they should consider all of the work that is being done by Mr. Steadman that not everyone knows about!

I give kudos to Richard Steadman and his volunteers, the Perry Elks Lodge and American Legion for placing the flags. To the rest of you, I suggest that you may want to know the facts and volunteer.

Letter to the editor: Vote Varley and reject extremism

Letter to the editor: A vote for Biden is a vote for sanity

Letter to the editor: Reader thrills to Q’s mythical American past