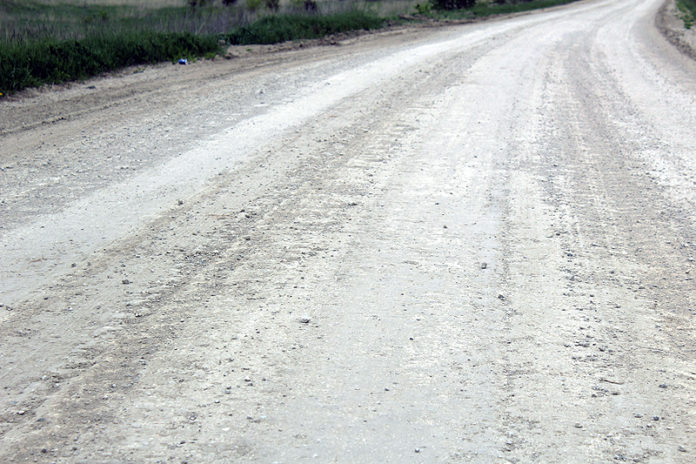 I grew up in Pottawattamie County, with terrain that resembles the area between Waukee and Booneville. My dad was a 30-year employee of the secondary roads department and spent a good portion of his working life maintaining unpaved roads. We also lived on a gravel road. There were limestone quarries nearby where the county bought its gravel.

As I campaign for a seat on the Dallas County Board of Supervisors, I hear concerns about the farm-to-market roads, especially in the northern part of Dallas County. To help explain some of the science of secondary roads, I want to put two images in your mind:

First, imagine a cupcake, cut in half from top to bottom. Look at the profile. That rounded top is an exaggerated model of what a road should look like — higher on the top than on the sides. In road terminology, the rounded top is called a crown and is necessary to drain the water from the center of the road to the ditches as quickly as possible. This helps prevent a soggy road.

Second, imagine a sandbox filled with playsand, surrounded by a border of white rock chips and trimmed by retaining timbers. Now imagine watching a couple of kids playing with excavating toys in the sand box. The sand is easily manipulated by the toys because the grains of sand are small and relatively smooth-edged.

Then imagine one of the kids taking his little bulldozer outside the sandbox and trying to move the white gravel chips. This is much more difficult and after a time, he gives up and goes back into the sandbox.

Why is the white rock so much harder to move? Two reasons: the pieces are larger than the grains of sand, and they are freshly-crushed material, having angular edges, not rounded edges. Objects with angular edges have more surface area than round-edge objects. This creates more friction. They are then more resistant to movement.

Here is the math of it:

A 1-inch cube has 6 square inches of surface area.

Standing water decreases friction, hence the need for the crown in the road.

Just as important: the angular edges of crushed rock act like tent pegs, digging into neighboring material, again increasing their resistance to movement. While no one sells 1-inch cubes of road material, we know that rounded pieces of river rock have less surface area and less holding power than crushed, angular aggregate.

The best aggregate roads, like that cupcake, have a crown to shed the water. When that crown is made of angular aggregate (such as crushed limestone), the crown will hold its shape longer than round-edge aggregate (such as river rock). In wet years, the crown of roads made of round aggregates can be flattened more easily, creating a level area for water to sit and further destabilize the road.

While we humans see tires as round things that roll on the road, if roads could talk, they would describe tires as rubber bulldozers trying to push away everything in their path and rolling over only that material that is able to resist the push of the tires.

Angular aggregate embedded in a well-crowned, well-drained road will resist the bulldozing force from tires far better that smooth aggregate.

While this article is not meant to discuss subsoil conditions, recent years of wet weather, road budgets or the availability of different types of surfacing materials, I feel this is a reasonable overview of the surface anatomy of unpaved secondary roads.