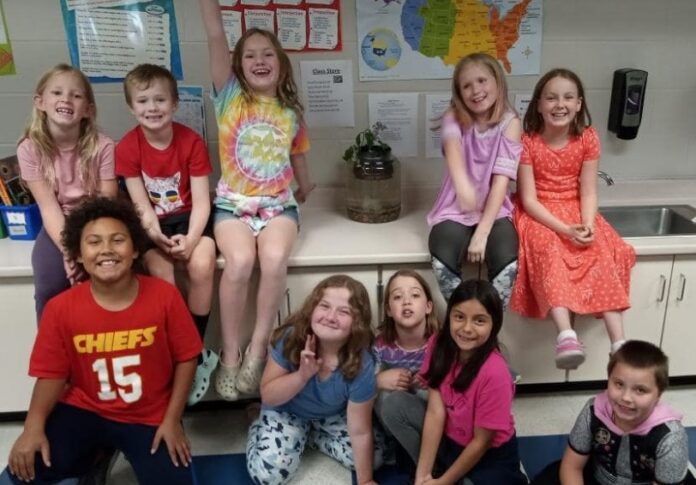 My name is Nicole Riggs, and I am a proud product of rural Iowa’s public education system.

My hometown of Whiting is 736 people and still talks with nostalgic pride about being a location — and many townsfolk as extras — featured in the movie “Children of the Corn.”
Whiting might be a blip in I-29, with a town-center flag pole and no stoplight, but it still manages to posses one of the very few unconsolidated school districts in western Iowa.

Grades pre-kindergarten through 12 reside in a single building, employing dozens of people in Whiting and the surrounding communities as educators, administrators, staff, paras, bus drivers, custodial and cafeteria staff.

Whiting Community School District (WCSD) educates about 200 students in a space consisting of a 102-year-old brick building and 25-year-old elementary school addition. WCSD prides itself on small class sizes, real personal relationships with students and families in the community, academic and athletic excellence.

Seeing our high school girls softball and high school boys basketball teams competing in the 1A tournaments for state is not unusual. We also have regular state competition participants in individual and group speech, music, band, dance and other academic activities.

District and regional competitions and tournaments bring spectators and money into the local economy. Families coming to watch a volleyball tournament or a music performance can also eat down-home cookin’ at Charlie’s, visit grandma at the Pleasantview Care Center, have a beer and BBQ at Buddy’s Tavern or grab a snack and gas at Kirby’s Corner Market.

Despite the farm crisis in the 1980s, the economic recessions of 1989, the early 2000s and 2008, COVID-19 and its educational and economic impact and dwindling support, funding and resources for public education, WCSD has held on.

Many talented students have graduated and gone on to careers or college and now reside in Iowa or nearby, working as teachers, farmers, IT professionals, lawyers and shift workers at the nearby ag processing plants.

Taking money away from rural schools like Whiting will decimate small rural districts and towns. Schools are the heartbeat and the life breath of rural towns. When they lose their schools, small towns decline in population, lose businesses and die a preventable death.

Whether it’s called education savings plans, scholarships or whatever more palatable term the politicians choose, education “reform” that would remove public taxpayer money from public schools and transfer it to private entities is anti-rural Iowa.

Politicians want to use rural voters to hurt urban districts, but they will hurt small towns even more. Please don’t do this. Please don’t sign the death warrant for my community.