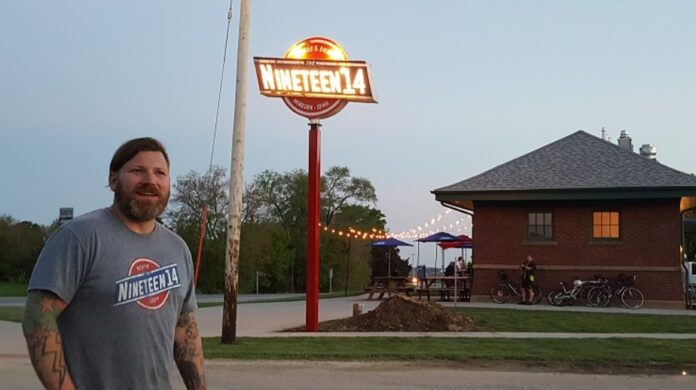 The city of Minburn has issued an order for us, owners of the Nineteen 14 restaurant and bar in the depot, to close the Nineteen 14. We have been directed to vacate the property by July 31, 2022.

We received a new lease via email for signature on April 14, 2022, with a 33% increase in the monthly rent, in spite of a clause in the old lease that specified rent would not be increased more than 10% on renewal.

This was especially surprising given the additional cash injections by the owner into the operation in order to keep it open and serving the public during the COVID-19 challenges of 2020 and 2021.

After receiving the emailed lease, I attended the next Minburn City Council meeting on May 9, and we had a lengthy discussion and negotiation regarding the increase in rent, the term of the lease, the city’s position regarding the property and Nineteen 14 owners’ concerns about the property.

Following these discussions, a motion was made, a second was given and a vote was unanimously approved for a six-month lease with a 15% increase in rent. During a subsequent conversation with the Minburn City Clerk in late May, when I followed up on the status of the lease, I was told the new lease would be forwarded to me directly from the Minburn City Attorney.

I received a letter from the city attorney on June 24, stating that “the parties were unable to reach agreement on terms for a new lease for the property” and further stating that “the Landlord demands that you vacate & surrender to it, on or before July 2021, possession of the above-described premises.”

Upon further exploration, I learned the city council had an agenda item on the June 13 meeting regarding “Depot” (Nineteen 14) “for sale or lease,” in which they discussed the sale of the property, approved a motion to parcel off the adjacent property occupied by the Freedom Rock and passed unanimously a motion to approve the lease termination date of the Nineteen 14 being July 31, 2022. The minutes of this meeting are online at the Minburn city website.

No advanced notice of this agenda item was brought to my attention prior to the meeting.

At this meeting they also approved holding a public-notice meeting on July 6 at 6:30 p.m. in regard to the proposal to sell the property. Please attend Wednesday’s meeting and support the Nineteen 14. We feel at a minimum the city of Minburn should meet their commitment made to us on May 9 to continue the lease for six months at the agreed-upon rate.

There might be additional obligations to us based upon discussions with prior city councils. There might also be concerns to the city regarding the tax credits and other incentives provided to the city when it obtained designation of the Depot on the Historical Building Registry.

Letter to the editor: Reader will miss big-hearted sports writer

Letter to the editor: Democrats shouldn’t focus only on abortion

Letter to the editor: Grassley tour more secret than public

Letter to the editor: Not letting the perfect be the enemy of the good