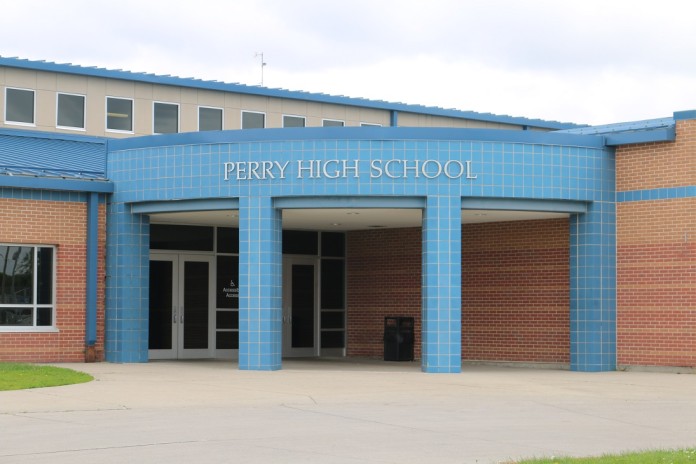 The racist chants by some Dallas Center-Grimes fans during and after the DCG-Perry boys basketball game on Feb. 22 that were directed towards the Perry boys team have no place in Iowa high school athletics and show terrible sportsmanship and ignorance.

At the very least, those making such racist chants during such an event should be immediately removed from the premises.

This outrage was the lead story on the WHO Channel 13 news on Feb. 23 and a lead story on ThePerryNews.com. Some members of the Perry Boys team, Principal Dan Marburger and Coach Ned Meinke were interviewed. Their comments were all positive and constructive.

Their collective reactions to such racist chants show what a class act our Perry boys basketball team, Principal Marburger and Coach Meinke are.

They made me and my family proud to be part of the Perry community. And we appreciate the timely and precise coverage by ThePerryNews.com regarding this situation. Keep up the good work.