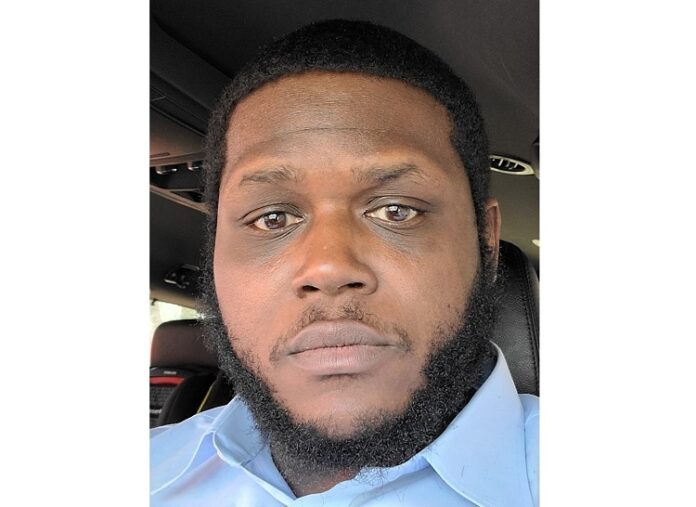 Many people are wondering what happened. Where do I begin?

Desmond has been technically gone for two weeks, three days, six hours and 26 minutes. I say technically because he left our house by ambulance on the morning of Oct. 19 and never came back home.

I still can’t believe my husband is gone. I wait for him to come home only to be hit with the still reminder that he never will. I’ve gone back and forth, contemplating whether I should tell our story. I’m honestly caught between a rock and a hard place and feel this is the only way to get help.

I’ll start at the beginning and when I’m done, you’ll understand why. For those of you who don’t know, I’m Desmond’s wife, Maxie. The morning of Oct. 4 started off as any other. My husband left to work, I sent our kids to school and I worked from home. We met up at the practice field, and I watched the boys practice, and my husband give them pointers.

I don’t know where you’re from but in small town Iowa, it was harvest season, and with that came the harvest bugs, and those babies are vicious! I got all bit up! Between them and the mosquitos I didn’t have a chance!

We have Bible study nightly, and right after I went straight to bed. In the middle of the  night, I awoke with night sweats, whelping and a swollen lip. Desmond, being the caring husband he was, stayed home from work to take care of me. At this point, we’re thinking it’s a bad allergic reaction. As the days passed, I developed diarrhea, a cough, headache, shortness of breath, fatigue, congestion and loss of smell and agitated taste.

Desmond developed some of the same symptoms, and on Oct. 11 we went in to be tested for COVID-19. Both tests came back positive, and they prescribed us an inhaler and a steroid. As the next six days went by, my shortness of breath got worse, so Desmond drove me to the hospital on our anniversary Oct. 17. I needed oxygen, and my O2 levels were poor so I was admitted.

My husband collected our kids from my parents, and he headed home. That night the hospital was so full, the ER room became my room, so my mom stayed with me. The next morning Oct. 18 at 6:39 a.m. I called Desmond to check on him and make sure he had the kids up for school.

He didn’t answer my call, so a few minutes later I had my mom call. He answered and confirmed he was keeping the kids home and asked about me. He then said, “Oh, shoot, I bit my tongue”, and he asked how I was and wanted to know what medications I was on.

My mom turned to ask me, and suddenly we heard a loud thud like he crashed to the floor, and then we could only hear him breathing and like he was struggling to move. We kept asking if he was okay. He wasn’t responding, so we called 911. Since I was in the hospital in another county, I was routed twice and then connected to the correct county and explained what was going on.

Since Desmond was the only adult home, there was concern for entry. I gave them directions to get in that they didn’t follow. Thank God, our oldest son heard them knocking and let them in. Desmond was in our bedroom, arm trapped by our bed. Our son had to help the paramedics get him up. I can’t  imagine how horrific it was for them to see their father that way.

He couldn’t speak and he couldn’t move anything on his right side. I told them to bring him to Methodist because that’s where I was. I’ve been told he arrived at 8 something and also 9 something. They wouldn’t let me go to his room because of COVID-19.

My parents went to pick the kids up but when they arrived, my dad went to Desmond’s ER room and my mom came back to mine. They had a video chat going so I could see him. My dad was asking him if he knew who he was, if he knew who I was and to blink if he did and he did blink. He was coherent but definitely showing signs of a stoke.

I don’t know what you know about stokes, but I’ll be honest: I was almost completely ignorant. They completed a CT scan at 10:51 and said it didn’t show any signs of bleeding. Some hours later, they completed an MRI that showed he had a massive stroke on his left side.

They kept asking me when his last normal was. I kept repeating the same thing. My mom even pulled out her phone log and gave them the specific time of her call. I was taken up to my room and assumed my husband would be taken care of, not understanding the severity of the situation.

In my mind I knew Desmond was the strongest person I know and that he could learn how to talk again and gain his movement back on the right side. He had the stroke. It was over. We would get him the care he needed, and with God we would work through it.

Sometime the next morning on Oct. 19 I was awakened by a neurosurgeon I hadn’t met along with other medical staff, who informed me my husband had an “episode” at some point during the night, and his nurse noticed he was less responsive and his pupils were different sizes and not reactive.

He said his brain was swelling, and we had two choices: do nothing and he would die for sure, or do brain surgery where they remove part of his skull to give the brain room to swell and lots of other medical jargon, 50/50 chance of survival.

I said, You do everything you can to save my husband.

He survived surgery. They put him in ICCU. He had a tube coming out of his brain. He was intubated and on life support, in a coma. It was an extreme, dramatic difference from when he arrived!

They took him off all sedation and the doctor said it didn’t look good but he needed until after the weekend to know for sure. After asking Desmond’s ICCU nurses and doctors questions, I found out that you only have six hours to treat a stroke, and there’s only two options: 1. Remove the clot or 2. Dissolve it with a shot/meds called The Clot Buster.

For the sake of time, I’ll skip to saying that in a later discussion with two of the neurologists, they disclosed that they have up to 4.5 hours from the last known normal to give the clot buster. They had plenty of time to do either option. I was presented with no treatment options and not advised that my husband was moved to a regular floor with instructions to check on him Q4 (every four hours in medical talk)!

The nurse manager from the Powell unit he was on refused to come and talk to me about the care he received while on that floor. I’m not sure if he fell through the cracks of a shift change or what exactly caused this neglectful medical care that led to my husband’s death, but I won’t stop until I have answers and they change their policies to prevent this from happening to another family.

My husband was 34. He would’ve turned 35 on the 30th of this month. We have four children and four English mastiff dogs. My husband was a loving father, very involved with and in his children’s lives. He was a hardworking man who provided for his family. He chased after God’s own heart and told anybody he met about the love of Christ!

If you want to get to know my husband go look at his videos on Facebook here, or also here. You can listen to his music here. Desmond was a good man, one who should not be absent from this world. Help me to right this wrong. Thanks.