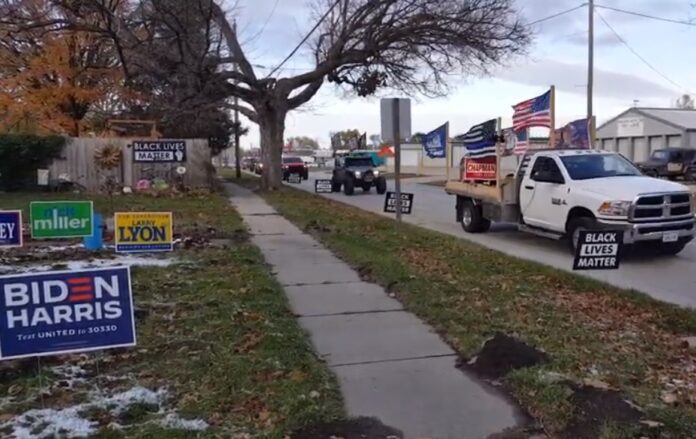 I am really quite disappointed and upset with those who resist or refuse to wear masks as well as those downplaying the risk of COVID-19. I have known two people personally who have perished due to COVID-19. I have a shirt tail relative back in Ottumwa whose prospects are not very promising right now. COVID-19 had landed him in hospice.

Granted, I have been guilty of forgetting my mask on a few occasions myself, but you don’t generally see me in a store or business without one. I stayed very close to home from March until the later part of May. While there is a chance of my contracting COVID-19 when I leave the house, it’s a certainty I’ll go berserk if I’m isolated all the time.

I relaxed my own personal restrictions during the summer but with the predicted resurgence setting in, I will try to limit my leaving home to only twice a week for the next few months.

I am certain many who read this will smirk and consider me an unthinking sheep. That’s okay. As a rule, what others think of me is none of my business. My feelings will not be hurt by this. While they are entitled to their opinions about me, I’m entitled to have my opinions about them.

Stated simply, I believe they’re carrying on like ignorant children. In light of the continuing health emergency, their feelings are of secondary importance to me. If I think it will save even one life, I will step on your feelings all day. If you want to avoid that, either wear a mask or don’t bring up the subject in my socially distanced presence.

The other thing that has me annoyed is the rash of yard sign vandalism. This applies to whomever you might support, Trump or Biden. If you’re into sign vandalism or theft, you’re operating on the social maturity of a 10-year-old child.

For heaven’s sake, I’ve wanted to put a Biden sign in my window for some time now. While I have a great landlord, I don’t want to press my luck. I’m sure he wouldn’t appreciate replacing said window.

Lastly, my complaint here has to do with the recent Trump/Patriot Parade. To my knowledge, no local has attempted to counter-protest or disrupt any Democratic Party event or rally in Perry. I commend the local Republicans for their restraint and respect.

We all mostly know each other here in and around Perry. Whatever our ideology may be, the primary motivation is to try to get along with each other. Hardly anyone around here wants the hassle of having alienated and upset neighbors. My beef has to do with the following statement.

That statement was totally unnecessary and absolutely rude. Your Democrat neighbors here had no intention of interfering with your parade. A local Trump function in Dallas County is of too little importance to merit outsiders coming here to rile up the local GOP.

I am disappointed in those who think their very friends and neighbors would trouble them. I’m also quite disturbed by the implicit threat revealed by the words and tone of their prohibition. Besides, if any of us wanted to counter-protest, you have absolutely nothing to say about it.

The very U.S. Constitution and Bill of Rights you wish to defend is supposed to guarantee the right of free speech and assembly for all, including democrats, communists and fascists. To cut to the chase, that was totally uncalled for. Shame on you.