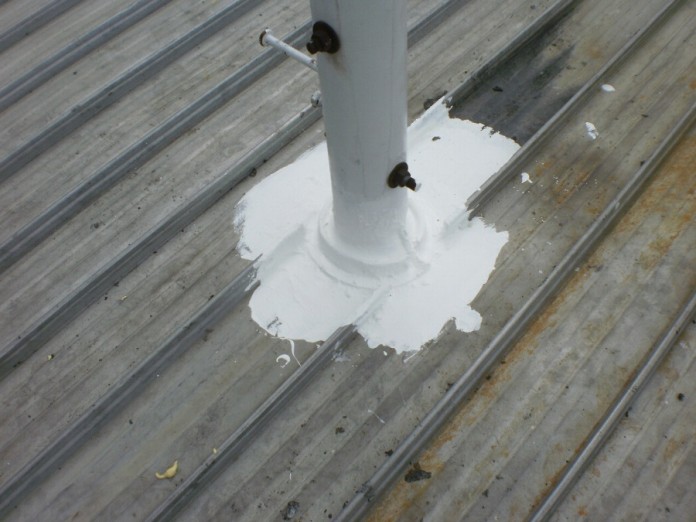 I am writing this letter to the editor in hopes of getting some help.

We have lived in Perry for many years now, and all of our children have graduated from Perry. We also have pastored churches here in town. Nancy and I are both disabled, me from a brain tumor and Nancy from several muscle diseases, so we live on a very fixed income. With all of our medical bills it is nearly impossible to get the money we need for home repairs.

Perry is a nice community. Sure, there are problems, but what city doesn’t have them?

Our problem is we had a new tin roof put on in 2005 by a local roofer who claimed to be a Christian. We paid him in full with a down payment and insurance, and I thought they would do proper maintenance on it as needed. I was not given a guarantee but was told at that time tin roofs would last 40 to 50 years.

I called him almost 10 years ago when it first started leaking, and he did nothing to fix the problem. Since I do not have to use a ladder to get on my roof, I got some roof repair (tar) and did the best I could. However, it had still leaked through and badly damaged our bedroom ceiling.

We got the ceiling fixed, but the roof was still leaking, and the ceiling kept getting worse and is now about to cave in into our bedroom. We also have some leaks in the bathroom which they never repaired.

I got several Pro Roofers to come out and give estimates as to what it would cost to fix the roof, and the cost is outrageous. Most of them also said the roof was not put on correctly, and they did not want to do the job. They all commented that the tin should have been overlapping instead of butting up against itself.

I did find where it appears the two pieces of tin are separating, so I put some stuff on it, but that didn’t help, and I noticed a burr where the metal was cut. There are still leaks. I covered the bolts and holes, but it still leaks. Now the roof has damage through the decking and is beginning to collapse, and our bedroom ceiling is almost there as well.

I have called the company that did the work many times, but he just tells me that he will call his boys, but I never hear from anyone. This is a shame. The man who runs the business claims he is a Christian, and we thought we could trust him.

We can’t borrow money or make big payments but would be willing to make small payments till it is all paid for.We checked with Disabled Vets, which I am one, and they are not able to help us. Others can’t help us because we make too much for Habitat for Humanity and similar groups.

My dilemma is no one wants to help or can help us except the local company who did the job, and they seem to not want to even be a part of it any more. Thoughts of a lawsuit are going through my mind.

Can we get some help? We are concerned our home could be condemned soon. If the roof was to cave in, we would face the possibility of being homeless.

Letter to the editor: Equal justice at issue in Marsy’s Law

Letter to the editor: Sub blindsided by IWD backlog

Letter to the editor: Dangerous guests for Dallas County GOP

Letter to the editor: Lawmakers should rescind anti-mask law