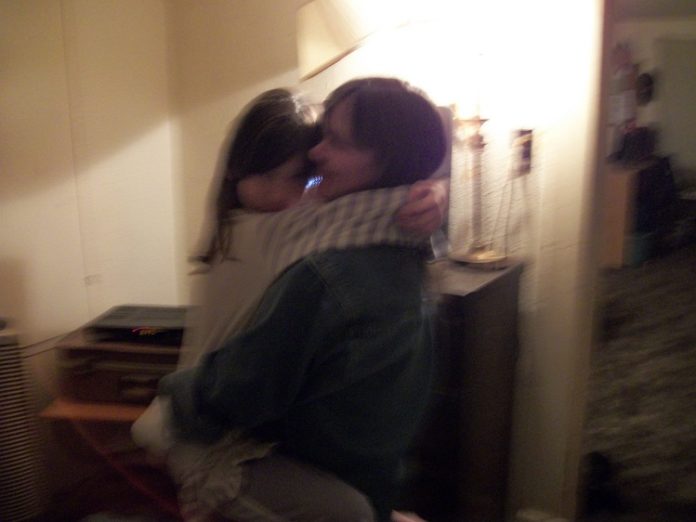 Perry, Iowa, is heartbroken. A little girl died. She was 16 years old and weighed 56 pounds. Her name was Sabrina.

As the details are released, we continue to ache, knowing she was alone in her fight. Most of us probably drove by her house or walked down her street. We had no idea the horrific life she was enduring. If we had known her story, I know Perry, Iowa, would have stepped up to help her.

I’m new to Iowa for the second time. I was born here, grew up here, was gone for 35 years and recently retired here. I am getting reacquainted with the people, the laws and lay of the land. I do not know the specifics of how foster care or adoption work in Iowa, but it’s pretty obvious the system failed Sabrina.

I can’t think of a kinder act of commitment to the human race than loving and caring for a child in need. I applaud all the successful adoptions and foster care parents in Iowa, but I still can’t stop thinking about Sabrina.

I also can’t stop thinking about another system I’m more familiar with. It’s called an orphanage. Please bear with me as I explain.

In the fall of 2008, on a frigid Saturday morning in Atyrau, Kazakhstan, I found myself alone in a taxicab on my way to AkBota Orphanage. I had met with the director of AkBota a few times, but today was my day to meet the 12 children who matched the list of names I was given. My volunteer job was to help them with their English skills and confidence.

As I entered the gates to AkBota, I could not help but notice the building appeared to be leaning in one direction, and as I entered the building with my English-to-Russian dictionary tucked under my arm, the smell of cooked cabbage and backed-up sewer surrounded me.

My point here is to acknowledge that the conditions were not ideal.

Kazakhstan is considered a second-world country. It was a bit like stepping back in time. However, I found the orphanages very clean, the children are healthy, and the government stands behind them and stays involved in their care. Not a bad thing.

On my first working day at the orphanage, I was given a very small classroom: There were eight desks for 12 students. As they marched into the room, not one of the 12 children fought over a place to sit. Instead, they quietly sat down with a few of them two to a chair.

I was in awe of their manners, their beautiful smiles, their laughter and their willingness to want to learn, but there was something else that I found remarkable that day. I noticed it over and over for the next eight years. They were constantly helping each other.

Sure, the stronger personalities stuck out, but there was a survival camaraderie that was based on love and respect even at their young ages. They were in this together. All for one and one for all.

I know orphanages have pretty much been phased out over the years. I was skeptical myself at first, until I spent time in one. I thought I would constantly feel sad and have to hold back tears. There were a few times this was true, but it was mainly when I witnessed the human spirit thriving, and I wished their parents could see them and be proud. I tried to be their eyes.

I was also pleasantly surprised at the amount of laughter in the orphanage, even when it was at my expense as I attempted to speak Kazakh or Russian. There was always a playful atmosphere that went right along with their strict schedule and enforced regime. I’m going to say it again: Not a bad thing.

The Kazakhstani people take great pride in their culture. The children learn traditional Kazakh song and dance. (Some of the best performances I have ever seen were at the orphanage!) They attend public schools and are also introduced to various sports.

When they leave the orphanage at age 17, the government continues to help them with a college education or job training. Housing is provided in various group homes around the city.

I’m not saying an orphanage is a perfect system, but I do believe the children are cared for and are given many opportunities that help them succeed in life.

No one is locked away from society or deprived of food. They are never alone in their struggles or routinely shuffled around. The children have each other, and they help each other.

I believe the key to the orphanage’s success is keeping all the children together. The children know they’re all in the same boat. Maybe it’s not the boat they would choose, but it’s their boat. They’re in it together, and they’re going somewhere together. They power each other with hope.

I wish Sabrina had been on their boat.

I should also explain that in Kazakhstan children ages 2 to 17 are rarely adopted from the orphanage. They basically grow up in this setting. There are various reasons a child enters the system: An ill parent, lack of money, neglect and in some cases it would seem that mom and dad just disappeared. There is a bit of a sigma that the children have to face, but it appears to be quite minor and they handle it well.