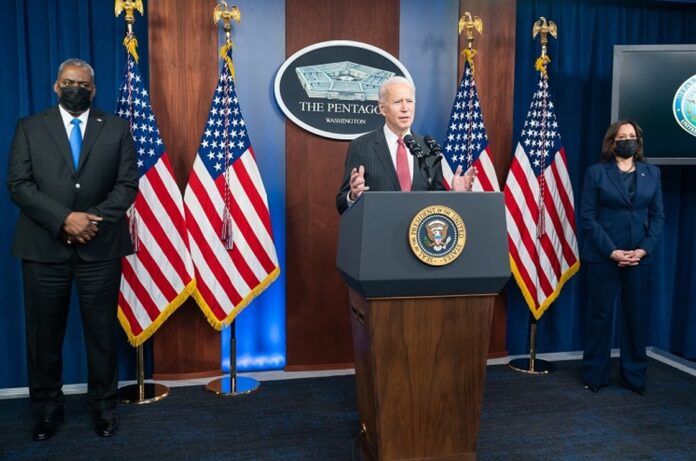 The President of the United States, the U.S. House of Representatives and 49 members of the U.S. Senate are prepared to pass enormously consequential legislation that stands up to powerful special interests and finally delivers for the working families of our country.

With almost every Democrat in the House and Senate on board, there is one member of the Democratic Caucus in the Senate who stands in the way: Senator Joe Manchin.

In America today, the very rich are becoming richer while millions of working families are struggling to put food on the table or pay their bills. We now have the absurd situation in which two multi-billionaires own more wealth than the bottom 40% of Americans, the top 1% owns more wealth than the bottom 92% and the gap between rich and poor is wider than at any time in the last 100 years.

The Build Back Better bill, supported by President Biden, the vast majority of Americans and almost every Democrat in Congress, is an unprecedented effort to finally address the long-neglected crises facing working families and demand that the wealthiest people and largest corporations in the country start paying their fair share of taxes.

Here are just a few of the things we are trying to do:

We are going to take on the greed of the pharmaceutical industry and lower the cost of prescription drugs in America. Last year, while nearly one out of four Americans could not afford to fill the prescriptions their doctors wrote, six of the largest drug companies made tens of billions in profits.

We are going to expand Medicare to cover hearing aids, dental care and eyeglasses. Today, in the wealthiest nation on earth, millions of seniors cannot chew their food or see and hear their loved ones.

We are going to help seniors and people with disabilities get the home health care they need. Across the U.S., and in places like West Virginia and Vermont in particular, seniors should be able to be around their loved ones as they age as opposed to being forced into expensive nursing homes.

We are going to expand the Child Tax Credit that has reduced childhood poverty by 50% in the U.S.

We are going to end the dysfunction of a childcare system that forces working families to spend up to one-third of their limited income on childcare and keeps millions of women out of the workforce.

We are going to make sure pre-K for 3- and 4-year-olds is universal and free, giving our young children the best chance at success regardless of where they are from or how much money their parents make.

And oh, yes, there is the not-so-small matter of the existential threat of climate change. With the planet getting warmer and warmer, producing unprecedented drought, fires, floods and extreme weather, we are going to finally begin the process of cutting carbon emissions and transforming our energy systems to save this planet for future generations.

This morning, Sen, Manchin announced he would not support the Build Back Better Act.

And if that is the case, he should be prepared to vote No before the working families of West Virginia and America and explain why.

We should give Joe Manchin the opportunity to explain to West Virginia and the American people why he opposes taking on the greed of the drug companies and lowering the cost of prescription drugs.

We should give Joe Manchin the opportunity to explain to West Virginia seniors why he opposes helping them secure hearing aids, dental care and the eyeglasses they need.

We should give Joe Manchin the opportunity to explain to families why their loved ones should age in expensive nursing homes instead of around those who care about them most.

And we should give Joe Manchin the opportunity to explain why he sides with those who profit from climate change and the destruction of the planet for future generations.

Now I know Joe Manchin continues to talk about his concerns over the national debt, but I find it amusing that I didn’t hear his concerns after voting, just this week, for a military budget of $778 billion, four times greater than the Build Back Better Act over 10 years and $25 billion more than the president suggested.

Forgive me thinking that maybe, just maybe, something else is at play here.

Joe Manchin should have the chance to explain what it is.