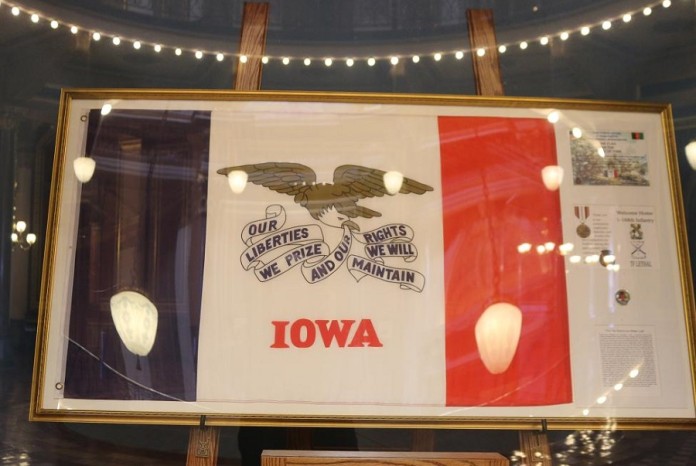 The shady deals have been sealed by our governor to privatize Iowa Medicaid beginning Friday, April 1.

The most vulnerable people in our state are being kicked to the curb by our governor’s dismantling of a state agency that manages, cares for and helps nearly 560,000 Iowans, ranging from low-income to elderly to people with intellectual, physical and mental disabilities.

Not only is this threatening the well-being and care of people on Medicaid, but it is also directly affecting everyone else in Iowa. Thousands of small businesses in our communities pride themselves on helping these individuals live better lives and taking care of people who do not have the abilities to do so themselves. These businesses will be lost, along with the well-paying jobs that they provide.

This on top of our doctors offices, nursing homes, hospitals, funeral homes and so many more who will suffer and ultimately provide fewer resources and care for those who need it most.

We must stop this mess from becoming a permanent fixture in Iowa. We must demand that the Iowa Legislature oversee this hasty and careless action that our overstepping Governor is pushing.

Sadly, our House Republicans are unwilling to stand up for 560,000 Iowans, small businesses, hospitals, care facilities and many others because they would rather support for-profit businesses over the well being and care of vulnerable Iowans.

Challenge yourself to truly look at your values and morals. Does your elected official share those same values and morals? We cannot afford to see the well being of people suffer and decline so large corporations can make money and our governor and his fellow elected officials can pride themselves on the smaller but no more efficient government that has now sacrificed thousands of lives.

Is this the government we want? Are these the leaders who truly care about individuals? The well being of people should not be a chance to make money or be used for political games.

Stop the Medicaid mess before people lose their lives!