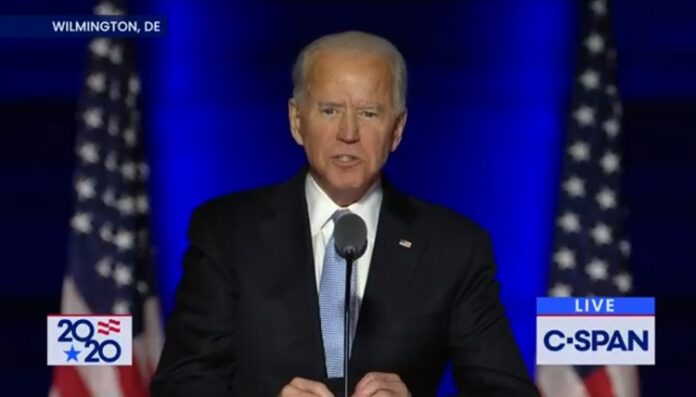 Here are my suggestions for President Joe Biden and Vice President Kamala Harris.

Ending the pandemic is going to require a national sense of emergency. Saving the economy will require a major stimulus package. And yes, we are going to have to raise the taxes on all income earned above the first $400K.

But as much as those are the immediate needs, there are long-term issues to address.

It is imperative that President Biden take care of the red states as quickly as possible. Our farmers are hurting. We need to find ways to save the livelihoods of our farmers and let them know that this is a Democratic administration that is working for them.

Likewise, the rust belt. Our manufacturing capabilities need to be rebuilt. A high-speed rail system requires a domestic manufacturing base. So does the shift to electric vehicles, solar power, wind power and other necessary steps for a greener future. The green new deal is an economic opportunity. It will create jobs.

Another way to create jobs should be an Emergency Preparedness Program. This can be done under FEMA. Jobs can be created by rebuilding levees in the south, forest management in the west, flood control on the coasts — all the things necessary to ride out future climate events.

And one more thing. VP Harris should be as public as possible, touring the country, listening to the needs of the various communities and taking those issues back to the capitol. She should also discuss the immediate emergency measures that the administration is taking. She’s got charisma and spirit, and she can connect with the people on a very personal level.

As the public spokesperson for the administration, let her take some of the heat — but more important, let her establish rapport and a relationship with the nation that will support her in any future run for the presidency.

Yes, some of these are political maneuvers, but our government is all about politics first and serving the needs of the people second.

If we cannot change the electoral college in the next four years, let us change the spirit of the electorate. We did not get a blue wave, but we have demonstrated a rising blue tide — and it is necessary to maintain that.

This election was crucial, but it also taught us something important about the voters. We are not the nation we pretended to be.

We believed that we could create a blue wave. We didn’t. We won, yes, but not by the margins we thought we’d get. What this proved was not that the election was Biden’s to lose — no, it was the other way around. The election was Donald Trump’s to lose.

Trump energized the opposition enough that Americans waited hours in line to tell him, “Get out of our house.” Trump didn’t just fail to do the job. He failed to keep the job.

In the future, Biden/Harris will be the government, and it is imperative that the rising blue tide focuses on the work to be done, the things we can accomplish, the things we still have to push for.

In short, the easy part is over.

Letter to the editor: Convict Trump, ‘a danger to our country’