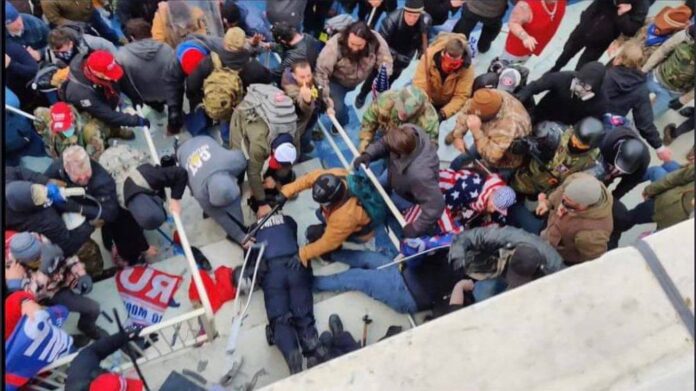 Do you agree with the following statements? If not, should you speak out?

A peaceful transition or transfer of power is a concept important to democratic governments in which the leadership of a government peacefully hands over control of government to a newly elected leadership.

Black Lives Matter and Antifa (antifascists) were responsible for the Capitol invasion on Jan. 6.

The Capitol and the Capitol Police were not harmed by the Jan. 6 crowd.

No elected official would have been harmed on Jan. 6, so we do not need extra law enforcement around the Capitol.

Republicans are afraid to speak about the Jan. 6 crowd because it might upset Donald Trump.

Letter to the editor: Justice overdue for Black Americans