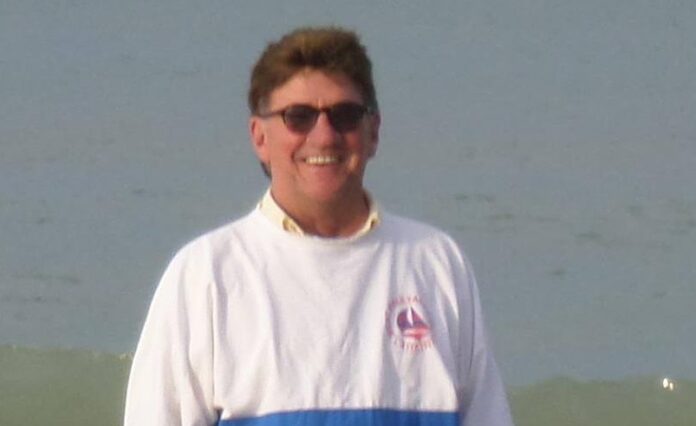 Loren D. Fisher, 71, of Marshalltown and formerly of Perry passed away unexpectedly June 5, 2021, in St. Petersburg, Florida, while vacationing with his wife, Bev.

In accord with Loren’s wishes, cremation rites have been performed. A Celebration of Life service will be held Saturday, June 26 at 10 a.m. at the Journey Church, 700 E. Olive St. in Marshalltown. Family will be available for visitation at 9 a.m. prior to the service at the church.

He grew up in Perry, attended Perry schools and graduated in 1968.

Loren was a 35.5 year employee of the Chicago and Northwestern/Union Pacific Railroad and was a bridge and building foreman until his retirement in 2009. Many of the railroad bridges around Iowa have been engineered and built by “LD.”

He was very instrumental in the reconstruction of Cedar Rapids after the 2008 flood.

When not at work, Loren’s passions included music (grand piano, harmonicas, guitar), motorcycles (Yamaha & Suzuki), golf (loved his 6 iron and Bertha) and the Hawks (was upset JB was coming back for a sixth year).

He was a master at rebuilding and fixing anything, including baby grands, cars, motorcycles and pretty much anything we asked him to fix (on a daily basis).

Above all, Loren’s family was his top priority. He would drop anything anytime to help family members or a friend in need. The roles of husband and father, especially with his daughter, Lorene, filled him with so much love and pride.

He is preceded in death by his parents, Shirley and Paul Fisher; and his brother, Rowland Fisher.

Left to cherish his memory are Beverly Fisher, his wife of 14 years; his daughter, Lorene (Tommy) Burns, and grandson, Max, of Marshalltown; his brother, Larry (Cathy) Fisher of Des Moines; his sister, Kathy (Don) Wyant of Newman Grove, Nebraska; his step-children, Brooke (Maxwell) Freund of Iowa City, Neil (Kate) LeWarne of Van Meter and Nick (Lauren) LeWarne of Ankeny; his granddaughters, Foster and Reagan; and many nieces and nephews.

All flowers and memorials may be directed to their home at this time.