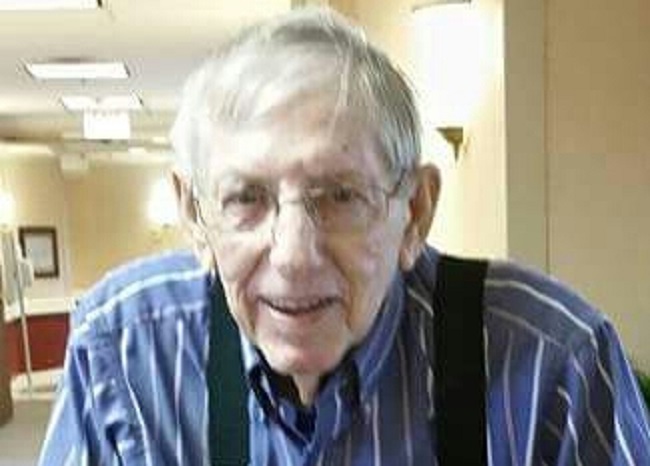 A Celebration of Life service for Louis Gutz, 88, of Overland park, Kan., was held from 4-6 p.m. Thursday, Aug. 25 at Hastings Funeral Home in Jefferson.

Pastor Tim Jones of the Trinity Lutheran Church in Jefferson provided words of comfort to the family before the service. Interment will be held at Union Cemetery in Pomeroy, Iowa, at a later date.

Louis went to Pomeroy School for half the day and then to Lutheran School. He graduated from Pomeroy High School in 1946.

Louis enlisted in the U.S. Army in 1950 as a Medic during the Korean War. Louis received the Purple Heart and the Bronze Star Medal for bravery. He was honorably discharged in 1953.

On Sept. 7, 1952, Louis and Lorna Mae Anderson were united in marriage. The couple was blessed with four children: Pam, Pat, Doug and Dave.

They lived in Pocahontas, Jefferson and then in Omaha, Neb.

Louis worked for Allied Gas Company as a bulk truck driver, Northern Propane Gas Company in management and as a consultant for Enron in Houston, Texas. He managed offices in Jefferson, Omaha and Kansas City.

Louis lived many places over the years, such as Fort Dodge, Kansas City, Mo., The Woodlands, Texas, Green Valley, Ariz., and the Kansas City area.

Louis enjoyed golf, technology and flying his airplane. He’s been around the world and back, traveling to all the 50 states and also to Canada and Mexico.

On Feb. 19, 1997, Louis and Carol Ann Klein got married, and he pursued his love of traveling to Central America, Europe, Asia, Australia, New Zealand and Thailand.

Louis was a member of the American Legion Post in Pocahontas, was a volunteer firefighter in Jefferson and belonged to various Lutheran Churches.