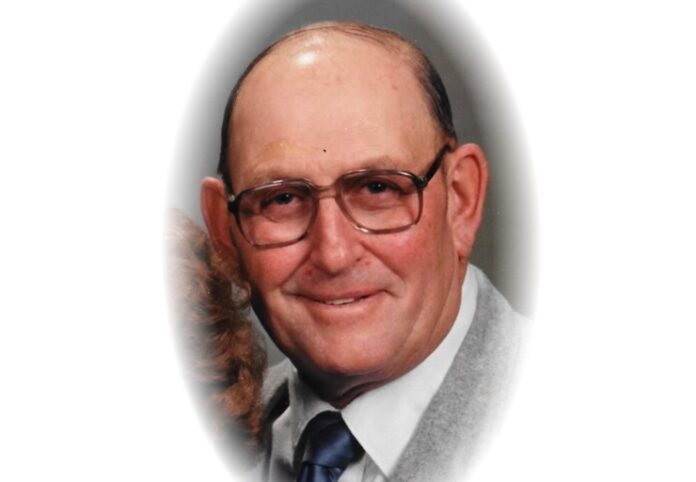 Kenny, as he liked to be called, lived in Jefferson his whole life. He graduated from Jefferson High School in 1951 and then he joined the U.S. Navy Reserves.

On Dec. 29, 1955, Kenny married the love of his life, Ramona Ann Nerhus. The couple was blessed with six children: Cindy, Dan, Kathy, Joan, Mary and Teresa.

Kenny was a hard-working man who took on several jobs throughout his life. He worked at the Ford dealership in Jefferson, trained as a carpenter with Walter Knole, farmed row crop and dairy herd, had a feed business with Jerry Vincent, worked for Amoco/Standard Oil (which became Conroy Oil) and custom sprayed until 1978.

Kenny was a school bus driver for 17 years and got the nickname “Hot Dog.”

He was a member of St. Joseph’s Catholic Church in Jefferson and a lifelong blood donor.

He loved his Holstein cows and being a member of the Jefferson Fire Department for over 25 years, but he loved visiting with his kids and grandkids even more.

Kenny eventually retired to pursue his love of woodworking, making many items, including furniture.

He was preceded in death by his parents, Lyle and Edythe; his wife of 61 years, Ramona; brother-in-law, Valdon Nerhus, and wife, Kay Nerhus; and nephew, Terry Nerhus.