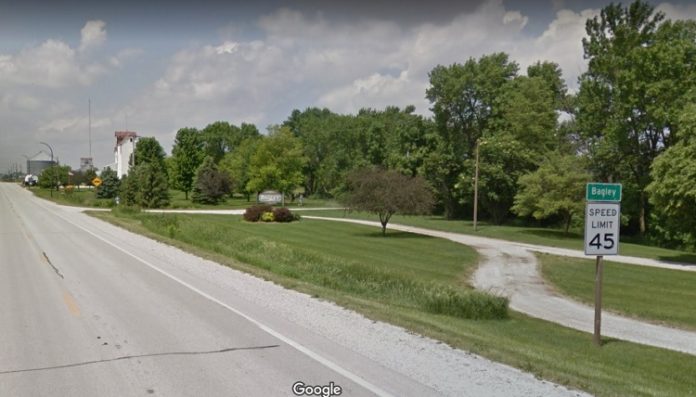 Bagley’s tests showed a level of 1.4 mg/L, and a public notice is being issued by the city as a result. The DNR recommends that all users of the drinking water system use bottled water or an alternative source of water for making formula for infants, drinking and food preparation.

The EPA also recommends the general population should not ingest water with manganese concentrations greater than 1 mg/L for more than a total of 10 days per year. Much lower levels of manganese in drinking water can result in noticeable staining and taste complaints. It is for this reason the EPA has a secondary drinking water guideline of 0.05 mg/L, according to the DNR.

Adults drinking water with high levels of manganese for many years may experience impacts to their nervous system, resulting in behavioral changes and other nervous system effects, including slow and clumsy movements. Some studies have shown that too much manganese during childhood may also impair the function of the brain and affect learning and behavior.

Too much manganese can increase the risk of health problems, particularly for infants under 6 months old. Infants are more at risk than older children and adults because their brains and bodies are quickly developing. Formula-fed infants get enough manganese from formula to meet their dietary needs. However, they may get too much manganese — above the recommended amount for nutrition — in their bodies when formula is mixed with water that contains manganese.

Bagley’s public water supply system currently does not provide treatment for manganese. However, the Iowa DNR recently approved a Preliminary Engineering Report submitted by the city of Bagley for construction of a new treatment plant.

If you obtain your water from a private well and suspect high manganese in your drinking water, you should contact the Guthrie County Health Department and seek testing.

If you are concerned about your health from manganese exposure, discuss your concerns with your healthcare provider.

The Iowa DNR said its regulations do not specifically address the health advisory for manganese. However, the Iowa DNR has authority to require public notice for any situation with significant potential to have serious adverse effects on human health as a result of short-term exposure.

The Iowa DNR said it is currently working on a monitoring plan to identify the public water supply systems in the state that may have levels of manganese in drinking water that exceed the HAL.