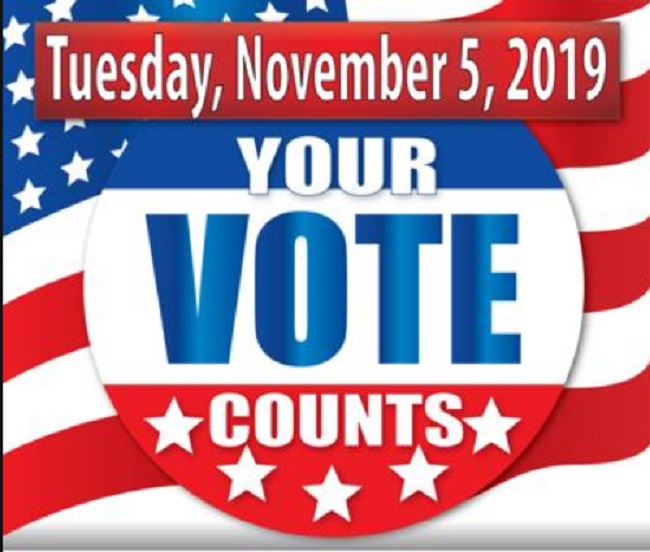 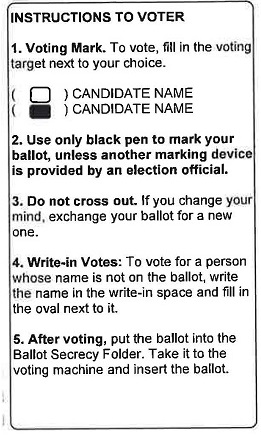 For the first time in Iowa history, elections in cities and school districts will occur at the same time and on the same ballot this Tuesday, Nov. 5.

The Iowa Legislature approved the merger of city and school board ballots in 2017, and this fall’s elections mark the first run with the new system. Eliminating the September school board elections and combining all on the November ballots was intended to boost voter turnout and potentially save taxpayer dollars.

Vacancies on the ballot are regularly supplied by write-in votes.

In many races, incumbents are running for reelection unopposed. In Perry, for instance, incumbent Perry Mayor John Andorf and incumbent Perry City Council members Dean Berkland, Chuck Schott and Barb Wolling are unchallenged in their reelection efforts by rival candidates. The situation is similar in Adel, where Mayor Jim Peters and City Council members Bob Ockerman, Shirley McAdon and Daniel Miller are running for reelection unopposed.

Dallas County lies wholly within the Des Moines Area Community College District, in which one seat on the board of directors is up for election. Fred Greiner, former president and chief operating officer of Fareway Stores Inc., seeks a second full term as DMACC district trustee. 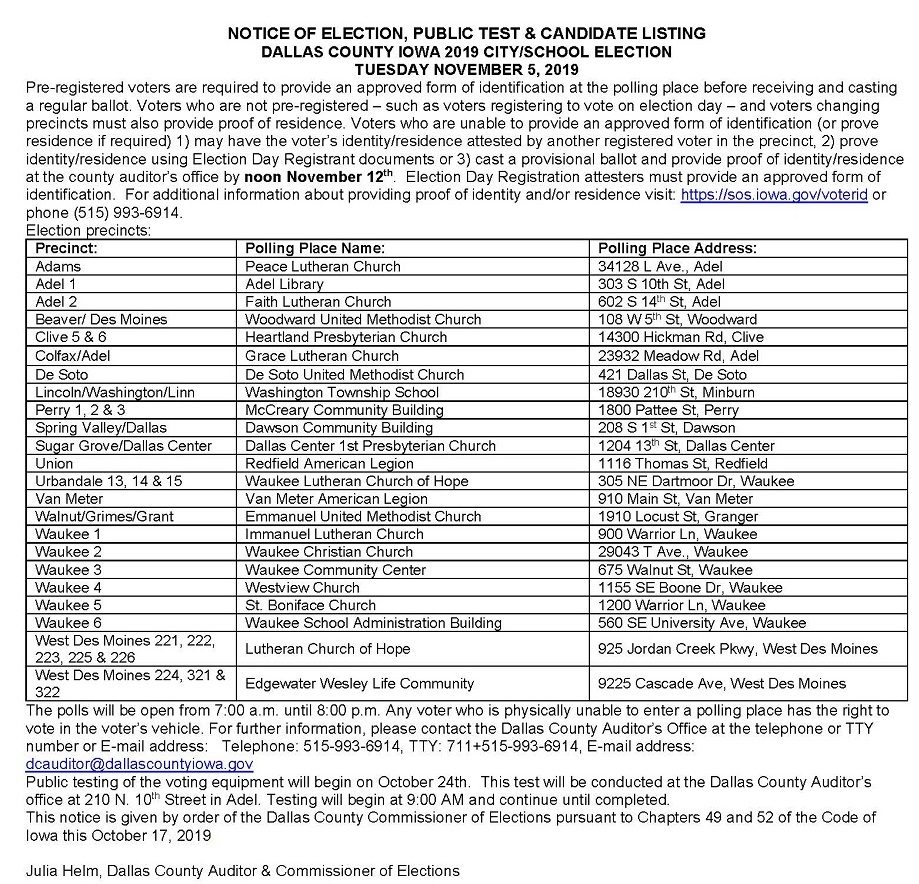 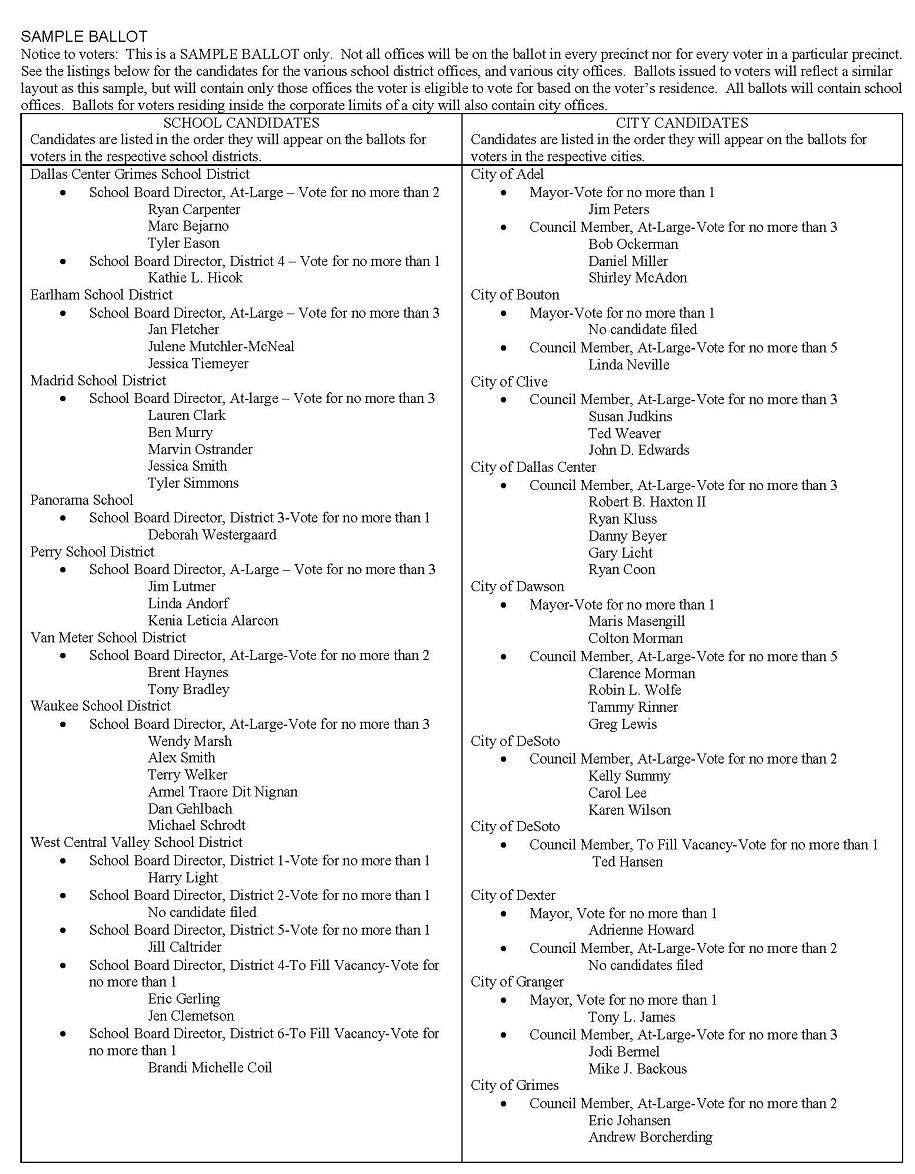 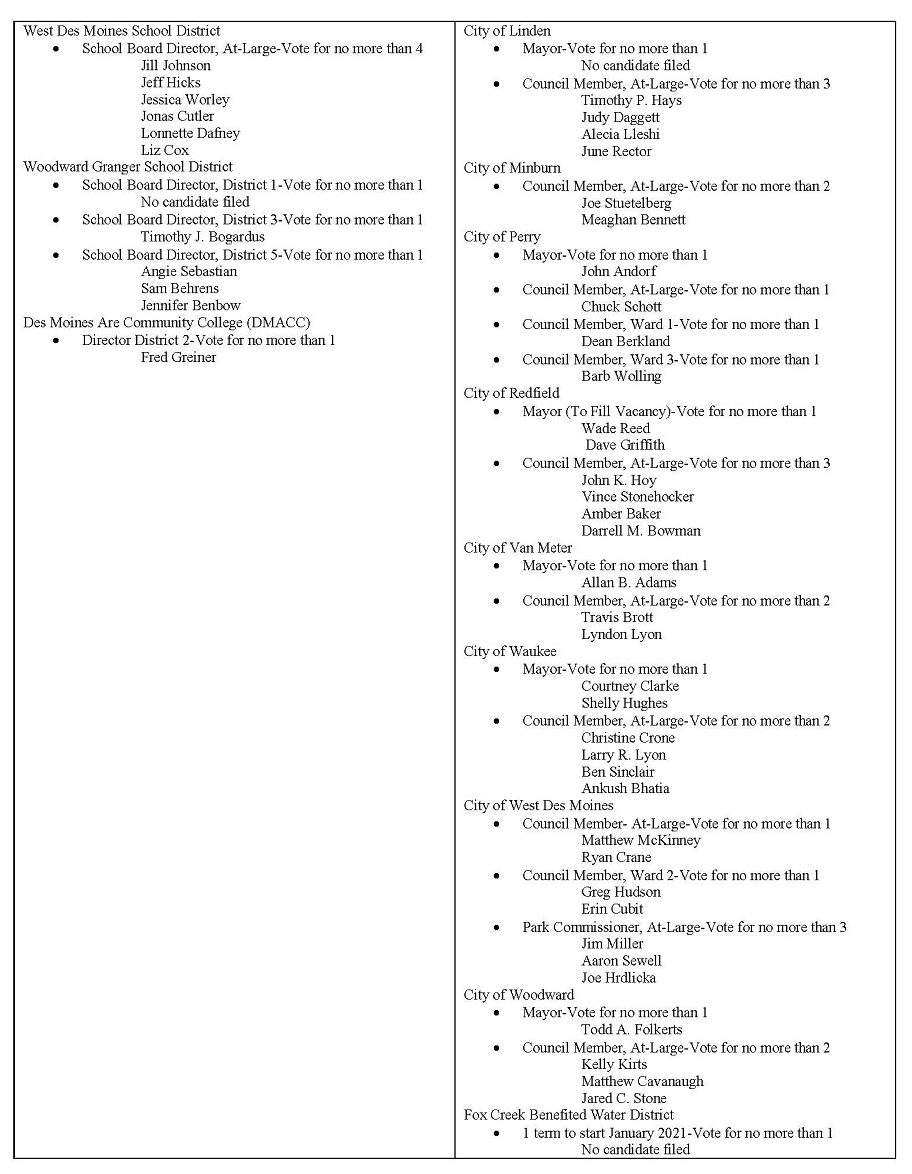 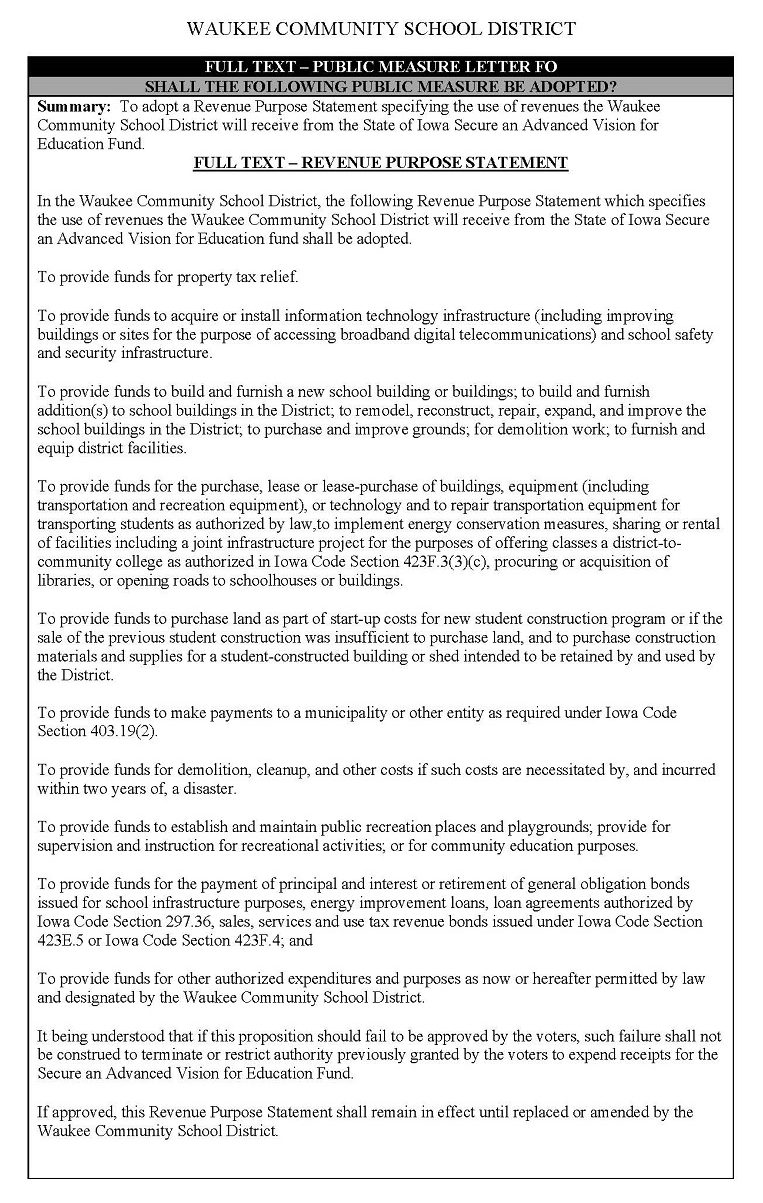 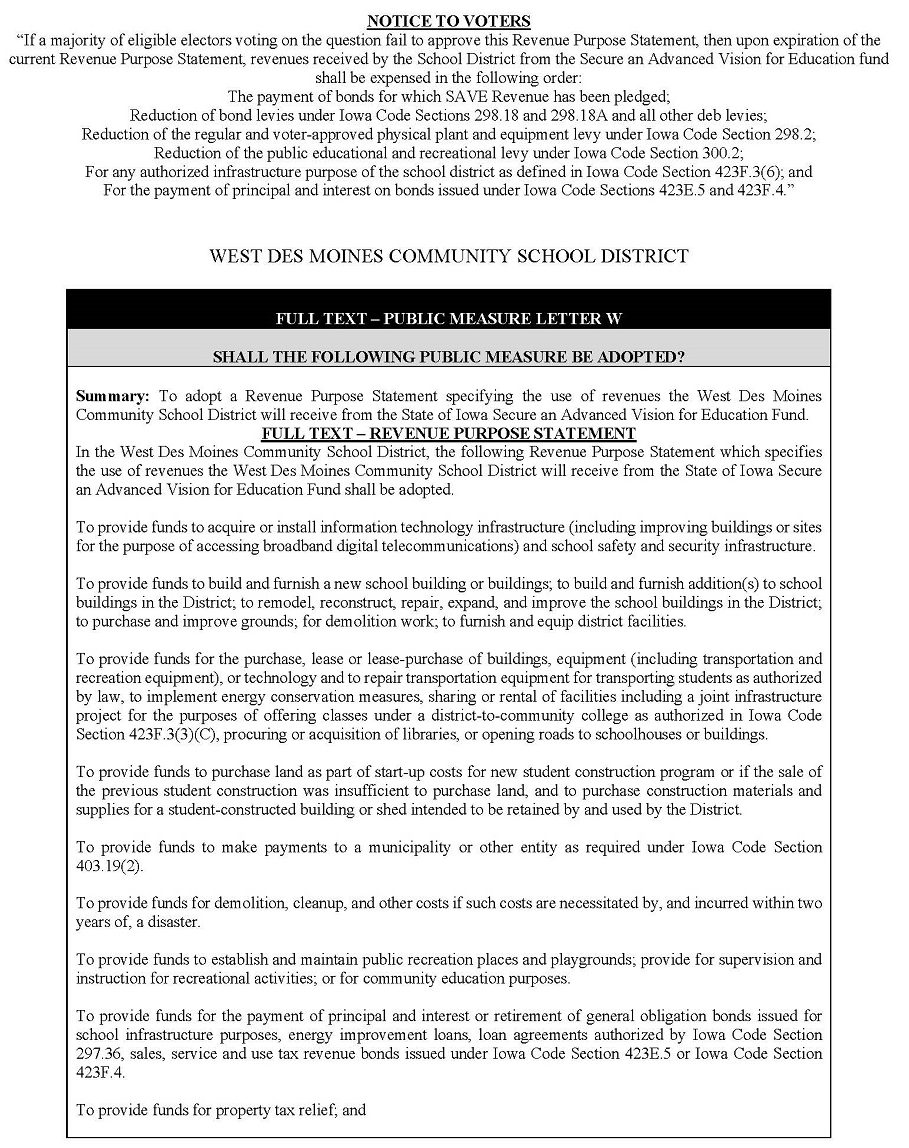 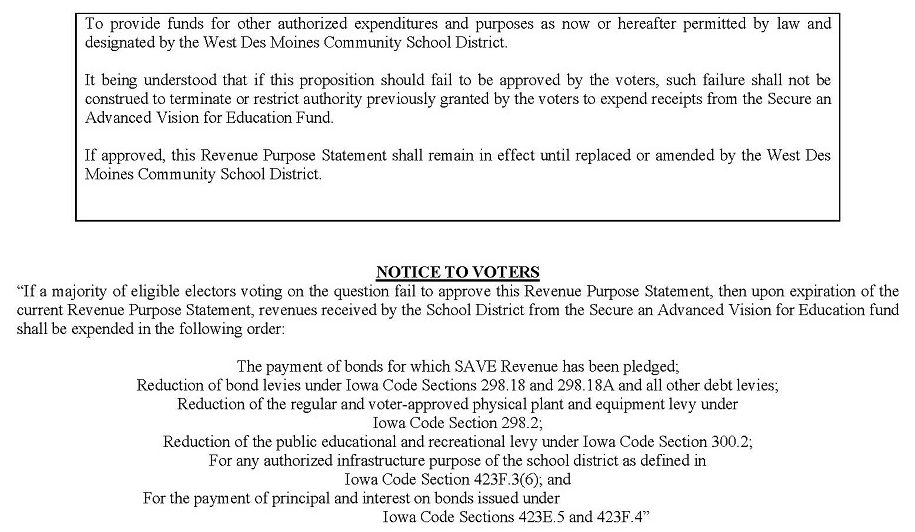