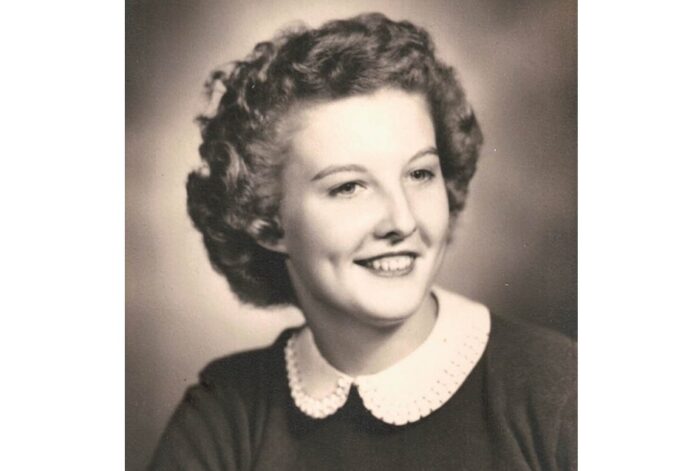 Marilyn Millard, 83, of Rippey passed away Monday, May 9, 2022, at the Mary Greeley Medical Center in Ames, Iowa.

Funeral services will be held Saturday, May 14 at 2 p.m. at the Rippey United Methodist Church in Rippey. Visitation will be Friday, May 13 from 2-7 p.m., with family present from 5-7 p.m. at the Carris Family Funeral Home and Cremation Care in Perry. Burial will be in the Rippey Cemetery near Rippey, Iowa.

Marilyn Millard (Todd) was born in Boone County to Jim and Lois Todd on Oct 6, 1938.

Marilyn was a farm girl and went with her dad most of the time. Marilyn hauled wagons of grain to Beaver Coop with a tractor.

She attended school in Rippey, where she played six-on-six basketball. She graduated in 1956.

After high school, Marilyn moved to Perry, where she worked for the telephone company.

Marilyn was working for the Progressive Foundry when her neighbor had a small party, where Marilyn met the love of her life, George Millard. They were married Oct 6, 1967.

After marriage, the couple moved to Rippey and raised three children, David, Deb and Penny. Marilyn and George were married for 54 years.

Marilyn worked at the 1st National Bank, which turned into People’s Bank, for 30 years. She helped her sister, Beverly Derry, and family walk beans.

After retiring, Marilyn and George wintered in Texas for several years with Cooke and Bev Derry. In the summer, the Millards and the Derrys vacationed, camping out west, down south and at Lake Okoboji.

Marilyn’s survivors know what a special and loving person that Marilyn was inside and out, and Marilyn will be waiting for them in Heaven with God.

Memorials will be given to Rippey United Methodist Church and may be left at the funeral home. Online condolences may be left at www.carrisfuneralhome.com.