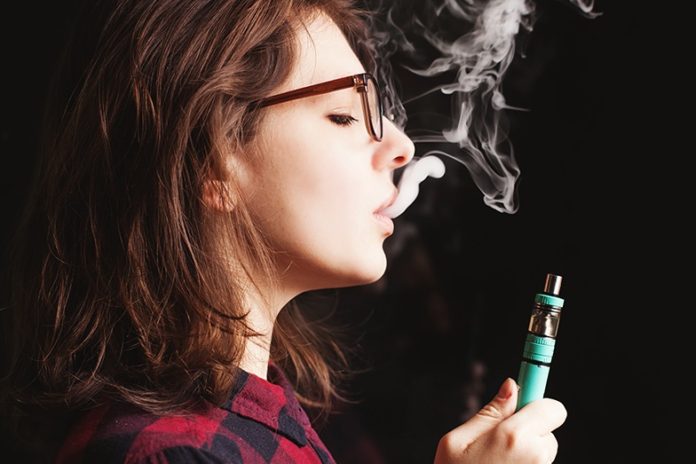 In June 2014, it became illegal in Iowa for anyone under age 18 to purchase alternative nicotine and vapor — e-cigarette — products. Vaping is banned statewide on school property, and local restrictions prohibit use in other locations.

Even so, this December the U.S. Surgeon General declared the use of e-cigarettes by youth an epidemic.

According to the U.S. Centers for Disease Control, the number of high school students self-reporting using e-cigarettes during the previous 30 days skyrocketed to 75 percent in 2018.

Part of the surge in vaping among youth is the successful ad campaign targeting minors. E-cigarettes are made to look like USB flash drives or other objects that adults may not recognize as nicotine-delivery products, making it possible for teens to use nicotine without adults’ detection.

Many vaping products are also flavored like bubble gum, fruit punch and other candy-like flavors in a marketing effort to attract children.

The Surgeon General’s advisory urged adults to protect youth from nicotine addiction and health risks linked to smoking by reducing access to vaping products. There are at least three concerns associated with vaping.

First, e-cigarettes put nicotine and other harmful chemicals into the lungs and bloodstream.

Second, an adolescent who becomes addicted to nicotine is likely to switch to smoking cigarettes, which have many known health risks.

Third, vaping devices are not childproof. According to the American Association of Poison Control Centers, young children and toddlers have been poisoned by ingesting the sweet-smelling, flavored liquid in e-cigarettes.

Ann Cochran is the health navigation coordinator in the Dallas County Health Department.