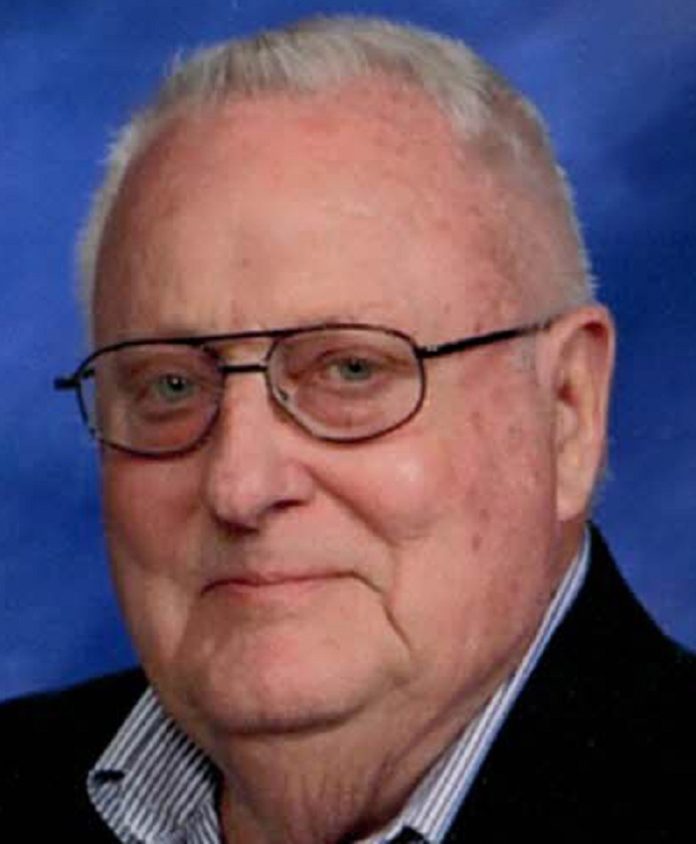 Marvin “Marv” Hartz, 83, of Perry passed away with his wife and children by his side Friday, Sept. 9, 2016, at the Rowley Memorial Masonic Home in Perry, Iowa.

Funeral services will be held Saturday, Sept. 17 at 11 a.m. at the First United Methodist Church in Perry. Visitation will be Friday, Sept. 16 from 2-7 p.m., with family present from 5-7 p.m. at the Carris Family Funeral Home in Perry.

Memorials will be given to American Diabetes Association, 4430 114th St., Urbandale, IA 50322 and may be left at the Carris Family Funeral Home. Online condolences may be sent at www.carrisfuneralhome.com.

He was united in marriage to Barbara Jane Nichols at the Westminster Presbyterian Church at Des Moines Aug. 7, 1954.

Marv served his country in the U.S. Army during the Korean War.

He worked at Oscar Mayer, Brenton Bank and the Community State Bank in Paton, Iowa.

He was a member of the First United Methodist Church in Perry and the AGR Fraternity in Ames.

He was preceded in death by his parents, Donald and Edith Hartz; and an uncle, Merlin (Lorraine) Raymond.