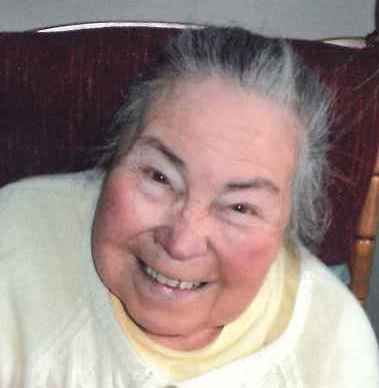 She attended elementary school at Stuart, Iowa, and Earlham, Iowa. She graduated in 1949 from DeSoto High School in DeSoto, Iowa, and was married Sept. 26, 1953, in Des Moines to John Robert Golightly, who preceded her on May 28, 1992.

She was a homemaker and retired from Hy-Vee grocery store after 15 years of service. She was formerly employed at Bell Telephone in Des Moines, Harvey’s Greenhouse in Adel and was a nurse’s assistant at a nursing home in Adel. She moved to Indiana in 1996 from DeSoto.

She was a member of the Bread of Life Church in Goshen and formerly attended Faith Christian Fellowship in North Webster.

Visitation was from 5-8 p.m. Tuesday, May 26 at Owen Family Funeral Home, State Road 13 and County Road 500N in North Webster. Funeral services will take place Saturday, May 30 at 1 p.m., with family present to greet friends beginning at noon, at the Carris Family Funeral Home, 1721 Park St., Perry, IA. Burial will follow in Fairview Cemetery in DeSoto at 3 p.m.

Memorial bequests may be given to Bread of Life Church, 14052 County Road 34, Goshen, IN 46528. Envelopes will be available at the funeral home. To send condolences to the family in Mrs. Golightly’s memory, please visit www.owenfamilyfuneralhome.com.