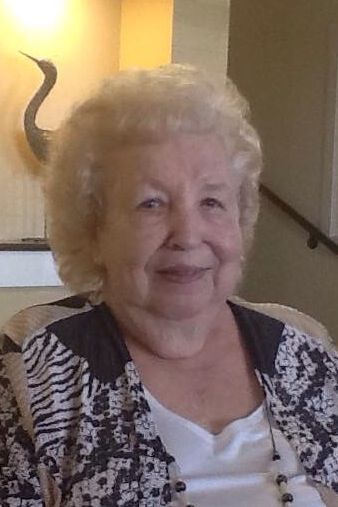 Mary Louise Terrill, 83, went to be with the Lord July 1. She was in the loving arms of family and staff at Prairie Vista Village, Altoona. She was born June 5, 1932, to Posey and Hattie (Duncan) Dulaney in St Charles, Iowa.

She was united in marriage to Charles Edward Terrill Feb. 4, 1950, a loving relationship which lasted for 65 years.

She was a stay-at-home mom and lived in Des Moines until 1964, when they moved to a small acreage in Perry. She was a loving mother to five children, Michael (Valerie) Terrill, Jackie Dean Terrill (companion Marilyn McGlothlen), Marlene Bruch (companion Bob Egenberger), Valda Clarkson (Norm McLey) and David (Angel) Terrill.

Preceding her in death were her parents; her sister, Reva Dickey; and brothers, Dale Dulaney and Joe Dulaney.

Graveside services will be held at Valley View Cemetery in Perry Friday, July 3 at 11 AM.

Memorial contribution can be made to Prairie Vista Village in Altoona for the chapel. Online condolences may be sent at www.carrisfuneralhome.com.