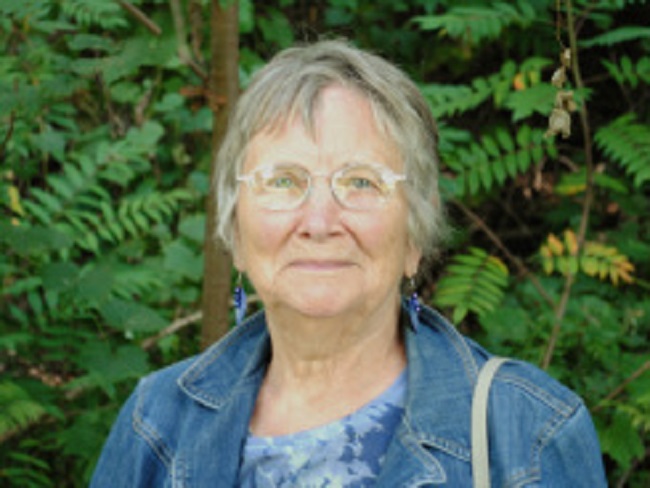 She is survived by her husband, David Oliveira.

Her ashes will be interred at the Iowa Veterans Cemetery as the wife of a veteran. No visitation or services have been planned.

The following biographical sketch was taken from two of her three books of poems self-published in 2003, 2005 and 2010.

“Mary Teresa Fallon was a Sister of Charity, BVM, for 20 years. During the latter part of this time, she received Sabbatical leave to earn an MFA at the Writer’s Workshop in Iowa City.

“in 1973 she left the convent. She continued to teach, worked with volunteers for the developmentally disabled, with the Commission on the Status of Women on projects for women in correctional institutions, in retail sales and as a columnist and reporter for the Perry Chief.

“In 2003 she joined women she entered the convent with for a celebration of the 50th anniversary marking their journey in religious life.

“A Buddhist meditator, she lives with her husband on an acreage in Boone County.”