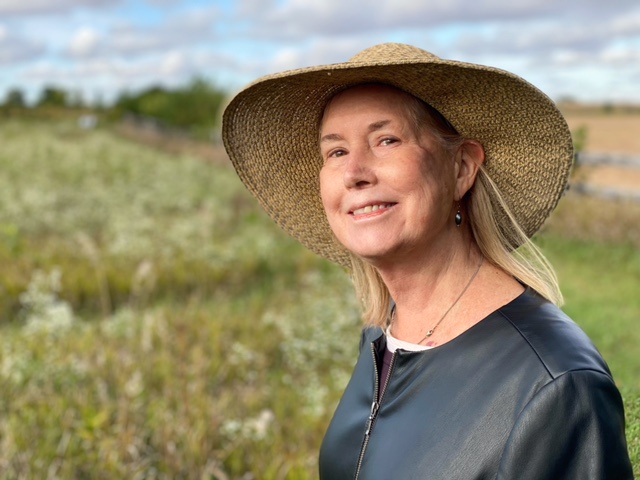 With profound sadness the family of Maureen announces that she passed away on Thursday, July 21, 2022, in Phoenix, with her devoted husband, Dennis Burke, by her side.

Maureen was diagnosed with leukemia a year ago and fighting against the odds, she was able to give her husband and family a year filled with courage, grace, and wisdom.

Maureen Ann Connors was born Sept. 11, 1952. in Perry, Iowa, to Frank and Anita Connors, the fourth of eight children. In a fairly rambunctious household, Maureen stood out as quiet and studious.

She attended St. Patrick Catholic School through eighth grade and then on to Perry High School, graduating in 1970. She often cited the impact that her St. Pat’s teachers, Mrs. Beuter and Mrs. Wojan, had on her early education with their story telling, adventures into nature and encouraging the value of reading.

A Perry upbringing played an important role in her life, and her education and family life prepared her for the challenges, dedication and hard work that lay ahead in the world.

Maureen earned her bachelors degree in journalism from the University of Iowa in 1974 while writing for the award-winning student newspaper, the Daily Iowan. She dreamed of someday going to work for the Des Moines Register and Tribune. At the time an editor at the Register advised her she would first need to get her feet wet and take the knocks working at a smaller newspaper before the they would consider hiring her as a reporter.

Maureen took the advice seriously and convinced her parents that she had to hit the road to find a reporting job. She bought a 30-day Greyhound bus pass, getting off in small cities during the day where she would proceed to the local newspaper to try and get an interview.

There was one infamous occasion on this adventure when she slept through all her intended daytime stops only to awaken at the bus terminus in Key West, Florida, late at night. Her grit and determination kept her going as she did not want to come back to Iowa without a job.

As luck would have it, she walked into the newsroom of the Daytona Beach News-Journal, where a reporter had just quit the overnight beat, and they hired Maureen on the spot. The newsroom became her new home and family far from Iowa while providing the training ground for what would become an illustrious career in journalism.

As Maureen advanced in her journalism career, she worked for the Daytona Beach News-
Journal, the Fayetteville Observer, the Lexington Herald-Leader and finally the Arizona
Gazette and Republic in Phoenix. In the mid ’90s Maureen was awarded a fellowship to
Stanford University for a year of studying aging issues on which she would focus much of her writing going forward.

Stepping away from the newspaper business after 30 years, she earned her master’s degree in philanthropic writing and went on to work for various foundations. In 2010 she accepted a teaching position at the Cronkite School of Journalism at the Arizona State University downtown campus in Phoenix, where she remained until her illness.

Maureen was dedicated to the discipline, hard work and ethics that is required in journalism, and she wanted to give back by teaching and passing on her experiences to a new generation.

She was an advocate, mentor and cheerleader for her students, stepchildren, nieces, nephews and siblings. She rarely missed a life event in the family despite living so far away. She loved coming back to Iowa and especially to Perry for family gatherings and class reunions.

When Frank and Anita fell ill, she was by their side along with her siblings in participating in their care. Maureen has been called a beacon of light by her coworkers and students, but to her family she was beloved for her spirit, independence and goodness.

Maureen was married to the love of her life, Dennis Burke, in 2008 in Phoenix. Per
family tradition, in 2018 the happy union received the family seal of approval in a spontaneous ceremony conducted by brother Mick at the home place in Perry.

As per her request, Maureen will make one last trip to Perry in September, when the family will gather for a private joyous celebration of her life.

She was preceded in death by her parents, Anita and Frank Connors.

Over the past year, Maureen exuded grace, optimism, humility and comfort as she conveyed her wishes and assured us with her words, “ I have had such a great life.” None of us would ever doubt this.