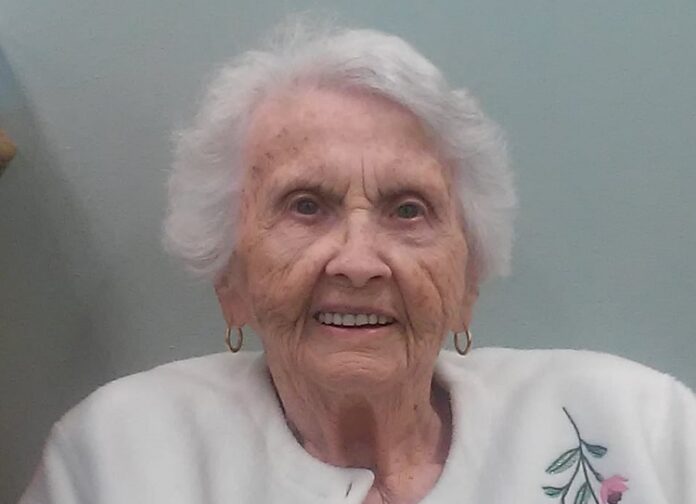 Mildred Imogene Peters (King) passed away at the age of 86 at home and in her sleep Saturday, Oct. 3, 2020 in Woodward, Iowa.

She is survived by her youngest son, Vernon L. Bohling; grandson, Johnathan H. Bohling (son of Eric Bohling), his friend, Kimberly A. Kusserow, and their daughter, Bay Lynn M. Bohling, and her son, Alexander H. Clemens; as well as many nieces, and nephews.

Mom was known to most by either “Midge” or “Mid.”

Following graduation, she was married to Henry “Hank” Bohling of Fontanelle, Iowa, on Dec. 4, 1952, in Greenfield, Iowa.

Several years later, Mildred graduated from the Des Moines Public School of Practical Nursing as a licensed practical nurse (LPN) with the Class of 1966 on Aug. 11, 1966.

Mildred worked as an LPN for the Woodward State Hospital School (now the Woodward Resource Center) while in Woodward, then later on as both an LPN and as a waitress for various restaurants and cafés.

Her second husband, Don, worked for Farmland Industries as a construction supervisor, and they traveled numerous times while he built fertilizer co-op plants throughout the upper Midwest.

After moving back to Woodward from Lakeville, Minnesota, in 1993, Mildred became active in the Woodward Christian Church, where she was the treasurer and worked with the other ladies on the soup suppers and other events at the church.

She was also on the Woodward Improvement Committee, Woodward Friends and Neighbors Day Planning Committee, Get Together Club and the Social Center Board for 15 years.

In 2010 Mildred was elected the Grand Marshall for the Friends and Neighbors Day Parade.

Mildred was also heavily involved in both veterans and local civic groups in each of the states she and Don lived in. She was a member and leader of the Ladies Auxiliary in both the Veterans of Foreign Wars and American Legion, having served as president, and she was active in the Lions Club for more than 30 years. She was also on the board of directors of the Lakeville Pan-O-Prog Days (Panorama of Progress).

She was best known for her coconut crème pie with a meringue topping. Everyone who had ever eaten a slice always left wanting more along with her recipe, or they would pre-order a pie for the next event.

A semi-private cremation interment will take place at the Woodward Cemetery Sunday, Oct. 25 at 2:30 pm. Later, likely in the spring (date to be determined), a Celebration of Life ceremony will be announced. Those who wish to remember Mildred in a special way may send cards or make gifts in her memory to Vernon Bohling, P.O. Box #486, Woodward, Iowa 50276.

Lastly, if you are one of the attendees to the service at the cemetery, and you wish to use a mask or do social distancing, please feel free to bring your own mask.