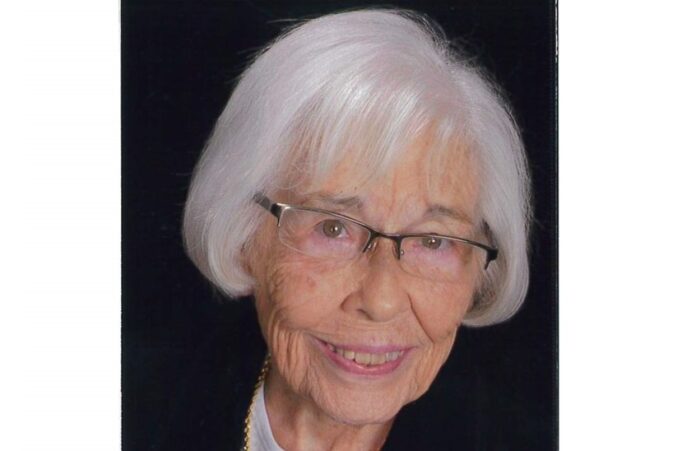 She graduated with a business degree with the class of 1946 from Westmar College in Lemars, Iowa.

Millie worked in the foreign currency department for PNC Banks while living in Akron, Ohio. She loved being a “working woman.” She worked until 1996, when she and her husband, George, moved to Perry.

During her life in Perry, she was active in P.E.O. and joined various Bridge clubs, meeting many women. Many lasting friends were made. Her most favorite activity was shopping!

There are few people who did not love Millie. She was a genuine listener who understood people. She gave wise counsel when asked, and she practiced silence before voicing judgmental opinions.

As a “senior citizen,” she was remarkably fashionable. She knew how to dress. Her grandchildren envisioned her as “hip.” She loved to laugh and enjoyed life!

Millie’s warm, caring personality attracted people to her, and her friendships were a large part of her life. She loved her family deeply and spent precious moments with her brother and family, children, grandchildren and family events.

Her faith in Jesus Christ was paramount.

Left to cherish her memory are her daughters, Barbara (William) Clark of Perry and Sandra Worthen of Wadsworth, Ohio; one brother, Donald Oglesby of Lynn Hurst, Ohio; eight grandchildren; and 22 great-grandchildren.

Memorials will be given in Mildred’s name to the Perry Lutheran Homes or Suncrest Hospice.