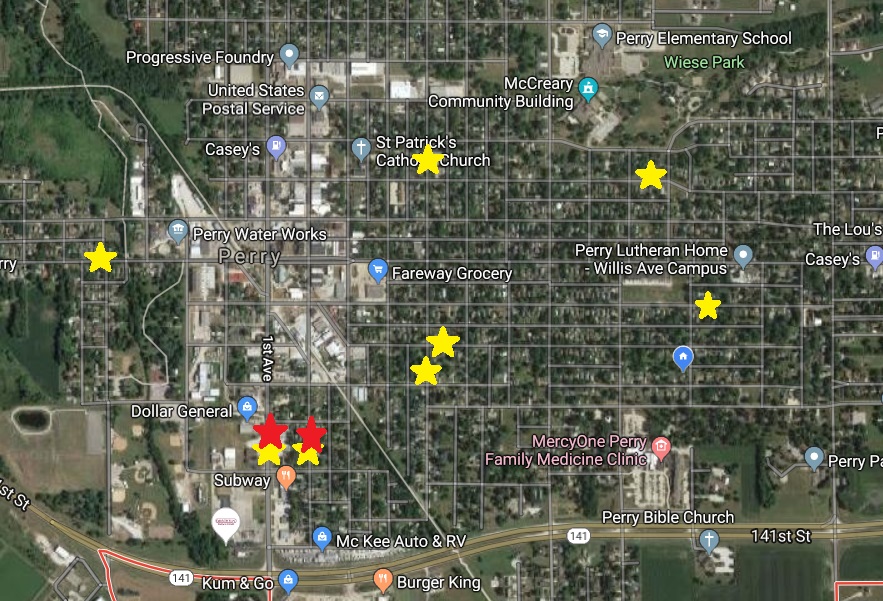 A rash of property crimes flared up Wednesday and continued Thursday in Perry, with windows in eight or nine vehicles shot by pellets or BBs, according to the Perry Police Department. There was also at least one instance of vandalism to Christmas decorations.

Windows were found shattered in three vehicles Tuesday morning. The locations of the criminal mischief were the:

Wednesday saw seven incidents, including damage to holiday lights, in the:

“That’s all we’ve seen, but that’s not say say more won’t get reported,” said Perry Police Department Chief Eric Vaughn. “That money can really rack up if you start shooting windows out.”

Here’s an earth-friendly way to clean out medicine cabinet