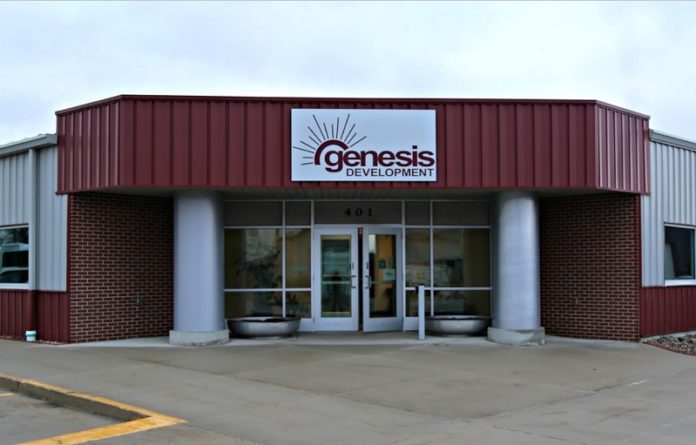 JEFFERSON, Iowa — Financial troubles are causing the board of directors of Genesis Development to hand off some of the company’s services to another agency and seek a partner in order to keep providing the others.

“Over the last several weeks, Genesis has identified a number of financial difficulties,” the Genesis Development Board of Directors said Friday in a statement to Genesis employees. “We are facing a budget shortfall as we enter the final quarter of the year.”

The Jefferson-based non-profit agency has faced financial struggles for several years, going from a $980,000 profit in 2017, for instance, to a $1.3 million loss in 2018. As with virtually all social service agencies in Iowa, Genesis Development’s operations were harmed by the Iowa Legislature’s decision in 2016 to privatize the administration of the state’s Medicaid insurance system.

The board’s statement said interim CEO Wendy Malone would move to an advisory role in order to “reduce expenses.” Malone is also the president of Imagine the Possibilities, a Maquoketa-based agency providing a similar range of services to Genesis Development.

As part of the restructuring, Genesis will “transfer mental health services to Zion Recovery effective Oct. 5,” according to the board’s statement. Genesis currently provides mental health services from its office in the Dallas County Hospital in Perry and manages the Hope Wellness Center in Woodward, which offers crisis stabilization and transitional living services.

Carrie Wilde, Genesis Development director of services-central region, informed employees Wednesday that the board of directors was moving to “prepare a proposal to present to another statewide agency that has expressed interest in working with Genesis,” and “the best option at this point is to move forward with a partnership.”

Wilde sought to calm possible anxieties among the roughly 500 Genesis employees about the security of their jobs while Genesis pursues “partnership identification.”

“This means we will probably have a different name, but we will still be able to serve the people we care for and maintain our jobs,” Wilde said. “I strongly believe if we stay strong, we’ll come out the other side without too many bumps and bruises.”