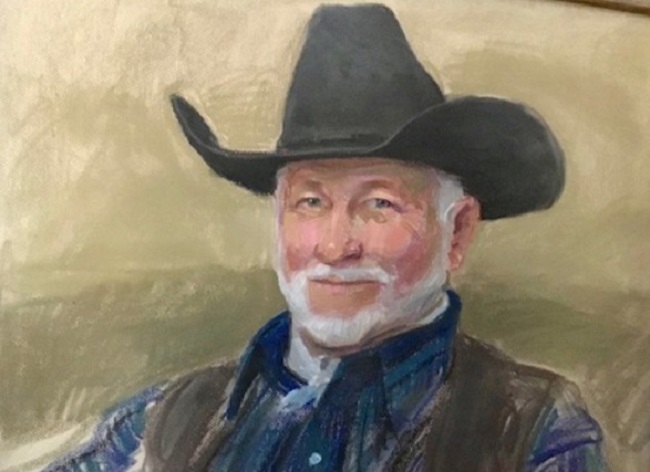 Ned was born in August 1928 on his family farm near Dawson, Iowa, and grew up on a farm north of Redfield, Iowa. The 1940s started out tough with the loss of his mother.

Ned had an accident at a high school football game where he was left in Rochester, Minnesota, in a body cast for six months. Now behind in school, he worked hard and found himself on the honor roll.

After graduation Ned took some flying lessons. Ned went on to work at the Redfield brick yard. He also worked various construction jobs and worked on the wheat harvest in North Dakota. He then went to California to work for his Uncle Oliver pruning apple trees.

Returning home, Ned bought a 1947 Dodge truck and started hauling gravel. In the 1940s he met and married Jeannine Martin. In the ’60s he purchased his first diesel semi, a new 1965 Kenworth. In 1969 he married Jean Barton in Reno, Nevada. Ned got his own authority to operate as a contract carrier in 1987. This was the beginning of Freestone JN Trucking. Ned hauled steel for Marmon Keystone from Chicago to Denver until 1990.

Jean and Ned made several trips to Westcliffe, Colorado, each year with their horses and rode in the Sangre de Cristo Mountains. In 1990 Ned was told he had macular degeneration, so he moved to Westcliffe and semi-retired. In 1993 he started a new job of selling Tennessee walking horses and mules. In 2005 he moved to Arizona.

He was a man who did not sit still for long. He enjoyed fishing, hunting, scuba diving, car racing camping trail riding and team penning. He was a wonderful husband, father, grandpa, great-grandpa, and a lover of God. Ned was baptized 1981 at Peace Lutheran church in Earlham, Iowa. Ned joined the Epiphany of Christ Lutheran Church in Apache Junction, Arizona, in 2008.

In June Ned ascended to his heavenly home to be with his parents, Lawrence and Ada; brothers, Dick and Jerry; and his eldest son, Richard (Rick).

To all that received phone calls from Ned, his new heavenly cell number is I-NGO-DSH-ANDS.(In GOD’s Hands).

Celebration of Ned’s Life will be held at a future date. In lieu of sending flowers, Memorial Contributions may be made to one of the following: Ned’s great-granddaughter, Mara, whi is fighting anaplastic ependymoma (brain tumor): “Benefit for Mara Nevins,“ Mail to: Mara Nevins C/O Raccoon Valley Bank, 1009 Court Street Adel, IA 50003, or to Epiphany of Christ Lutheran Church, 1050 W. Superstition Blvd., Apache Junction, AZ 85120

TO THOSE I LOVE:

When I am gone, just release me and let me go. So I can move into my afterglow. You mustn’t tie me down with your tears; let’s be happy that we had so many years. I gave you my love, you can only guess how much you gave me in happiness. I thank you for the love you each have shown, but now it’s time I traveled on alone.

So grieve for me awhile, if grieve you must, then let your grief be comforted with trust. It’s only for a while that we must part, so bless the memories within your heart, and then, when you must come this way alone, I’ll greet you with a smile and a “Welcome Home.”