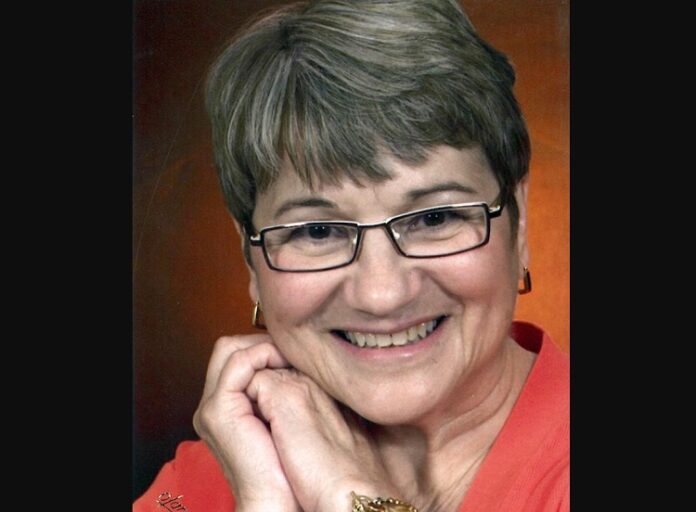 Graduate of Roosevelt High School in 1962, Nicole earned a degree in home economics from the University of Iowa in 1967, and married Dwight Keller in 1970. They raised two girls, Cara and Erin Keller.

After working at Job Service of Iowa, Nicole settled into a long and prestigious career of more than 20 years at the Principal Financial Group, where she was a project manager and instrumental in taking the company public on the New York Stock Exchange.

Nicky was a very active member of the First Unitarian Church of Des Moines, participating in many social justice initiatives and serving on several committees. She was a beautiful seamstress and avid home remodeler and decorator, and she always had a book she was reading. But most of her life outside work was dedicated to her family, making sure that her daughters were taken care of and that they could pursue any dream they had in mind.

Nicky was known for her relentless work ethic, her generosity and her wisdom. To quote a former colleague, “She could see down the road and around the corner.”

After she retired, she helped create the health insurance co-op for the state of Iowa after the Affordable Care Act (Obamacare) was passed. She helped the organization earn an $84 million grant from the federal government in order to get it started. Then she and her daughter, Cara Keller, did a research study for the National Alliance on Mental Illness (NAMI) on the number of mental health care providers in the state of Iowa.

Because of this valuable research, the state was required to create more incentives for mental health care providers to come to Iowa, and other states embarked on similar studies in healthcare in order to advocate for improvements of their own. The study was even loosely mentioned in Hillary Clinton’s acceptance speech at the DNC Convention in 2016.

Nicole Keller passed, succumbing to COVID. Her death was devastating and unexpected, with her family expecting her to live maybe another 15 years or more. She will miss seeing her only grandchild grow up and graduate from high school due to this premature death. She is gone now because of the lies and incompetence of the people in power who were elected to protect us. Their failure to do so during a pandemic is glaring evidence of negligence of the highest order.

Nicole was preceded in death by her mother and father and nephew, Ryan Korte. She is survived by her husband, Dwight; brother, Ron (Kris) and their son, Alex; brother, Kurt (Deb) and their sons, Casey and Zachary; her two daughters, Cara and Erin and Cara’s daughter, Tessa Clore; and dog, Foxy.

A celebration service will be held at the First Unitarian Church of Des Moines as soon as it is appropriate to do so. In lieu of flowers and donations, gifts should be directed to NAMI at namiiowa.org and/or the First Unitarian Church of Des Moines at ucdsm.org, and please wear a mask and socially distance to help prevent the spread of this deadly virus.