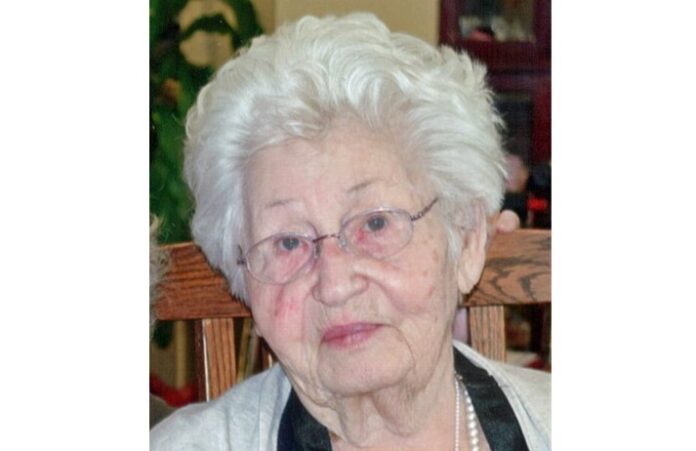 Norma Thede, 94, of Perry and formerly of Reinbeck, Iowa, passed away Monday, Nov. 2, 2020, at the Perry Lutheran Homes in Perry, Iowa.

A graveside service will be held at the Reinbeck Cemetery in Reinbeck Friday, Nov. 6 at 11 a.m. Everyone is encouraged to wear face coverings and practice social distancing while attending the service.

Memorials will be given to UCC Church in Reinbeck, St. Croix Hospice or Perry Lutheran Homes and may be left at the Carris Family Funeral Home and Cremation Care. Online condolences may be sent at www.carrisfuneralhome.com.

They owned and operated Thede’s Vogue in Flowers in Reinbeck from 1955 to 1969. After selling the floral business, Norma became a licensed realtor and sold real estate from 1970 until her retirement.

Norma was a member of the UCC Church and the Oak Leaf Country Club. She was a lifetime member of both Eastern Star and the American Legion Auxiliary.

In death she rejoins her husband, Roger; parents, Alfred and Lilly; and sisters, Merle, Hazel and Frances.