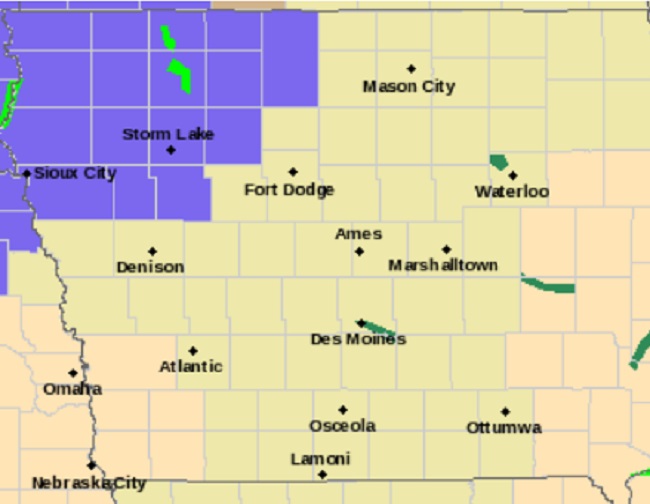 The National Weather Service (NWS) office in Des Moines forecasts thunderstorms Thursday for the Perry area, with an enhanced risk of severe weather possible by the afternoon. Heavy rainfall up the three-quarters of an inch might lead to river flooding or even some localized flash flooding.

Rain and snow are possible before 3 a.m. Friday, according to the NWS, with a chance of snow and freezing rain between 3 a.m. and 4 a.m. Some thunder is also possible. The chance of precipitation is 100%, but little or no ice and snow accumulation are expected.

Strong northwest winds are expected Thursday night into Friday, with north-northwest winds 13 to 18 mph and increasing to 20 to 25 mph after midnight, bringing much colder air.