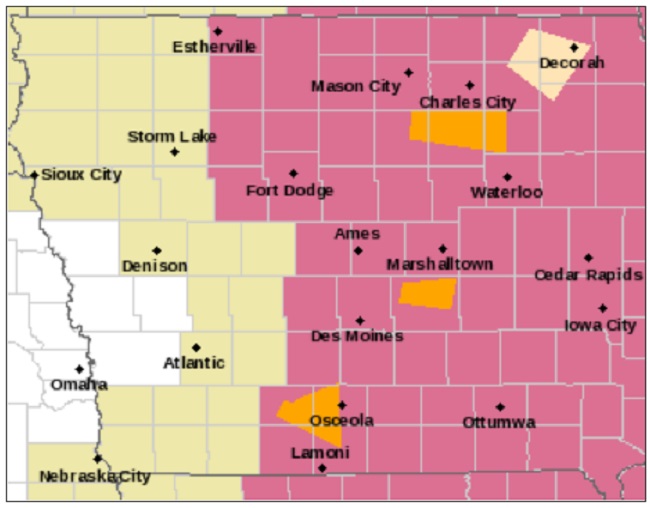 The National Weather Service office in Johnston has issued a severe thunderstorm watch until 11 p.m. for the Perry area and all of central and eastern Iowa.

Thunderstorms are possible Sunday afternoon and evening, with some storms becoming severe. Large hail and damaging winds are the primary threat, but tornados cannot be ruled out, especially across portions of north central and northeast Iowa, the NWS said.