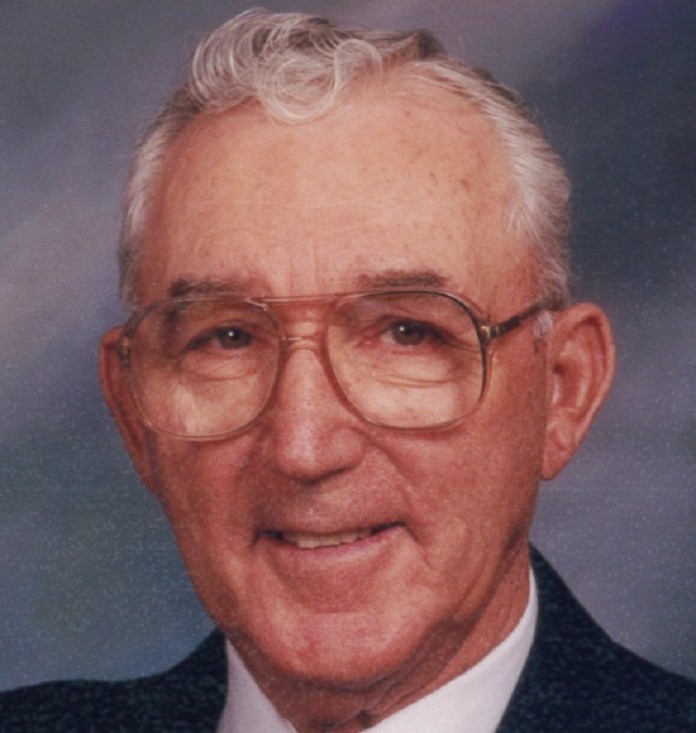 Pastor Jill Leveck will officiate, and Mona Holmstrom will be the organist. Burial will be in Violet Hill Cemetery with Military Rites.

Visitation will be held Wednesday, Feb. 24 at 1 p.m., with the family receiving friends from 5–7 p.m. at Murdock Funeral Home.

Memorials will be directed to the American Diabetes Association in Jack’s name and may be left at the funeral home.

Jack attended school and grew up as a farmer, spending his entire life in the Bouton, Minburn, Dawson and Perry area. He spent from 1943–1945 in the Army Air Corps 88th Division during World War II.

Jack also worked for forty years for the ASC/FSA office in Adel.

He was a member of the First United Methodist Church, Perry Elks Club and American Legion.

Preceding Jack in death were his parents, Earl B. and Helen (Kelly) Modlin; one daughter, Janet White; and three brother,s Dave, George and Bob Modlin.

Online condolences can be left at murdockfuneralhome.net