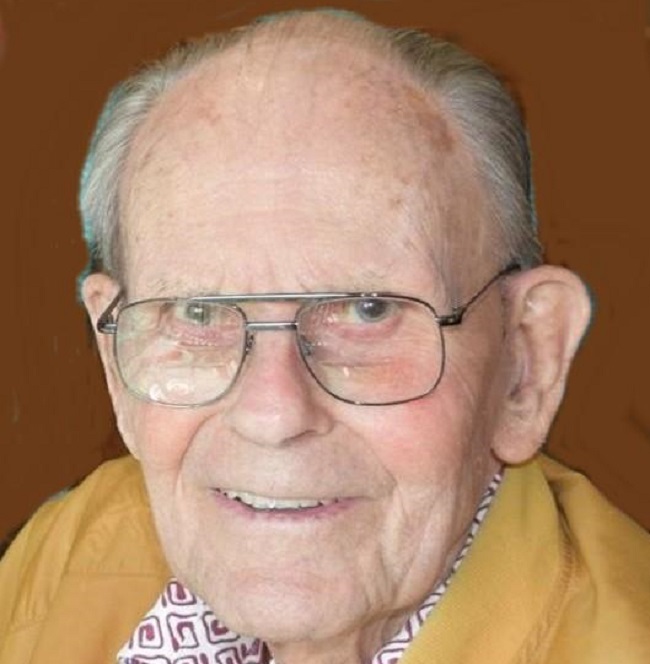 Funeral services for Orville Salzgeber, 98, of Perry will be 11 a.m. Tuesday, Jan. 22 at the First Baptist Church in Perry with Military Honors. Burial will be in Violet Hill Cemetery. Visitation will be held from 10 a.m. until service time Tuesday at the church.

Memorials will be directed to the First Baptist Church or to Alzheimer’s research and may be sent in Orville’s name to Murdock Funeral Home.

Orville passed away Saturday, Jan. 19, 2019, at the Dallas County Hospital in Perry, Iowa.

Preceding Orville in death were his parents; and wife, Louise, on April 4, 2009.

Murdock Funeral Home is in charge of arrangements.