A backyard burn pile got out of control Monday afternoon at 2315 Iowa St. in Perry, and the northwest wind quickly fanned the flames toward a nearby woodshed and a camper and house lying beyond.

The Perry Volunteer Fire Department responded to the blaze at the Perry home of Charles and Debra McCloud and quenched the fire before it spread.

One fire engine was dispatched to the scene, approaching first along Iowa Street and then rerouting to 12th Street near the Spring Valley Assisted Living parking lot. The truck then crossed an alfalfa field to reach the rear of the McCloud property.

Once on scene, firefighters quickly doused the wood pile, finishing with high-pressure hoses what Charles McCloud began with a garden hose. 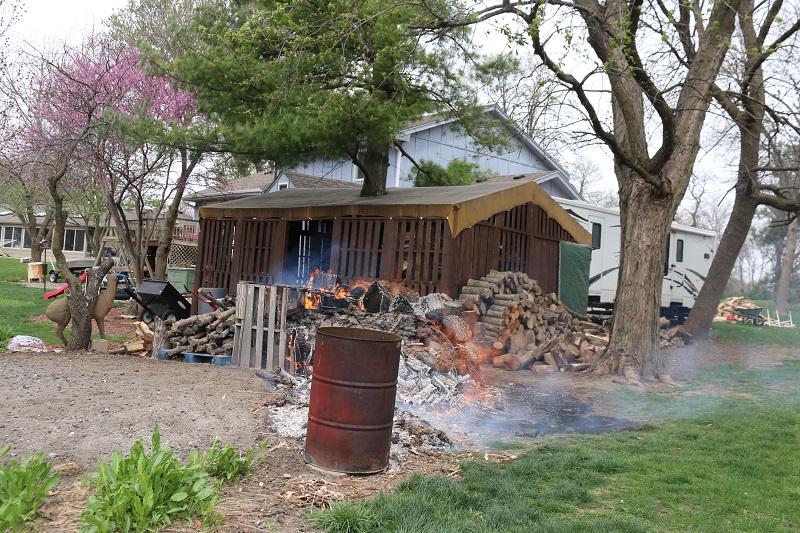