Wednesday’s open house at the McCreary Community Building gave Perry residents their first look at the results of three months’ research in the Perry Parks and Trails Master Plan.

Among the notable research results, some 92 percent of the more than 800 people who completed the online survey in October wants to see Perry build itself an outdoor aquatics center.

The city of Perry hired SVPA Architects Inc. of West Des Moines to study the present state of the McCreary Community Building, the hub of the city’s system of parks and recreation, and to offer ideas for upgrading and improving the 30-year-old rec center, including adding an outdoor aquatics center.

The current state of Perry’s parks and trails was the special subject of study by about a dozen ISU students of community and regional planning and landscape architecure, who assessed current needs and proposed future development under three heads: trails and green spaces, neighborhood parks and regional parks.

Community input made up a big piece of the master plan’s research. Along with the online survey, local opinions were gathered through steering committees, focus groups and interactions with students at the Perry schools.

The summarized results of the research were presented at Wednesday’s open house at the MCB, with the students presenting a series of posters outlining their findings. Two formal presentations were given, with about 25 attending the 5 p.m. Powerpoint show and half-a-dozen at the 7 p.m. repeat performance. 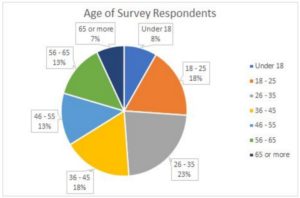 Thad N. Long, vice president and director of SVPA Architects, presented a series of ideas for improving the MCB and positioning it for future growth and attractiveness as one of the city’s central amenities.

Along with an outdoor aquatics facility, Long proposed a new gymansium, an enlarged senior center and a repurposing of the MCB theater into a strength-and-conditioning room.

The MCB also has some immediate practical needs — less visible and maybe less sexy than a new pool or new gym but necessary to the basic operation of the building. These include replacement of the boiler system, expected to cost about $212,000, a new chiller system at about $265,000 and replacement of the building’s water heaters at about $48,300.

All of these units are original equipment, now more than 30 years old, and they are overdue for replacement, according to Perry Parks and Recreation Director John Anderson.

The full text of the master plan is expected to be available soon at Perry city offices.