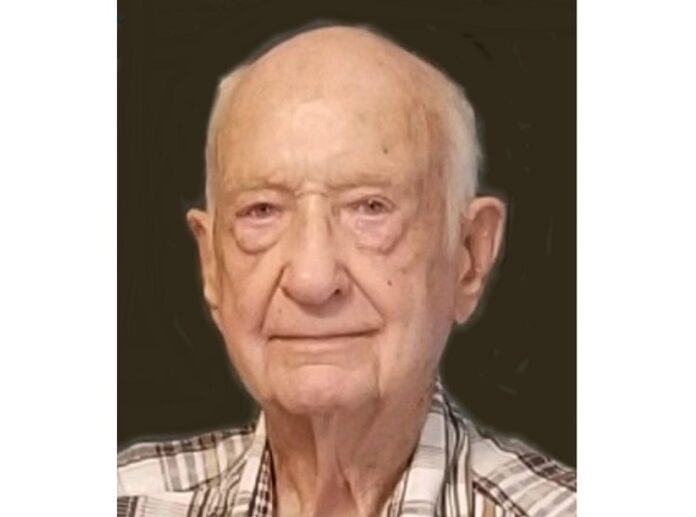 Memorial services for Paul Daniels will be held at 11 a.m. Saturday, Jan. 16 at Murdock Funeral Home. Burial will be at a later date in Violet Hill Cemetery. The family will receive friends from 10 a.m. until service time at the funeral home.

A lifelong resident of the Perry area, he attended school at Washington Township and graduated with the class of 1942.

Paul served his country from August 1944 until his Honorable Discharge in June of 1946 from the U.S. Navy.

He married Geraldine Maxine Kever Sept. 8, 1949, in Perry. Geraldine passed away Aug. 19, 2019, three weeks short of what would have been their 70th wedding anniversary.

Paul worked most of his working life at Delavan Manufacturing in West Des Moines. He also worked for 10 years at Oscar Mayer in Perry.

In his spare time, he loved to do woodworking and reading biographies of journalists and famous people.

He spent the past two years at Eden Acres.

Paul was a member of the Perry American Legion Post 85 and the First United Methodist Church.

Preceding Paul in death were his parents; wife; one sister, Wilma Waters; and one brother, Earl Daniels.

Memorials in Paul’s name will be directed to Every Step Hospice. They may be mailed or brought to Murdock Funeral Home. Online condolences may be left at murdockfuneralhome.net