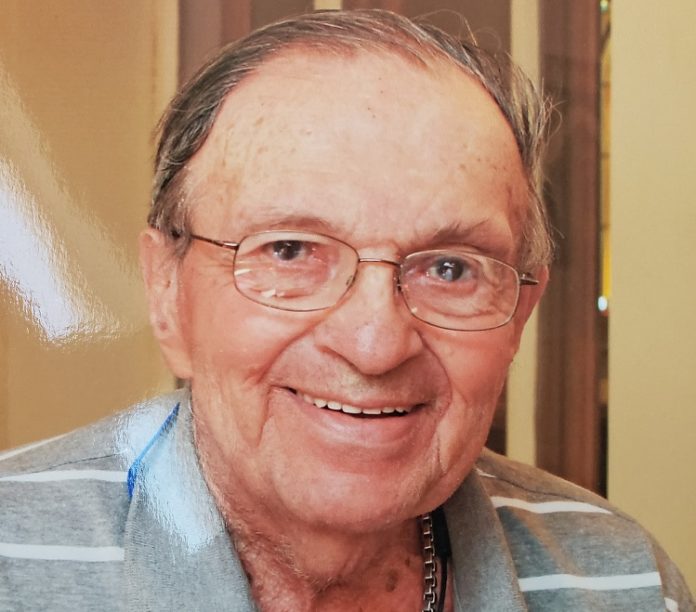 Paul Ervin Bodenberger Sr., 83, of Loveland, Colo., and formerly of Rippey passed away peacefully in his home Tuesday, Oct. 29, 2019, surrounded by his loving family.

A Memorial Service will be held Monday, Nov. 4 at 11 a.m. at the First United Methodist Church in Loveland. Funeral services will be held Nov. 9 at 10 a.m. at the Musgrove Funeral Home in Eugene, Ore.

Paul was born on the family farm near Angus, Iowa, Aug. 30, 1936, to Ervin Miles and Helen Bodenberger.

Paul enjoyed helping on the farm, raising chickens, pigs, ducks, geese and driving the tractor in the fields. He even had a pet goose named Andrew who followed him everywhere. He was active in 4-H and won many awards for his pig and garden projects.

Paul was active in band and chorus in high school and was a member of the Iowa State Singers at Iowa State University, where he majored in forestry.

He worked as a forester for the U.S. Bureau of Land Management for many years in Oregon, Wyoming, New Mexico and Colo. He became a U.S. Department of the Interior liaison officer in oil, gas and coal development in Colorado until his retirement in 2001.

His main passion was caring for his elderly mother and his lovely wife, Judy, as she battled many illnesses and surgeries.

Paul and Judy were married in December 1993 and moved to Veneta, Ore., in 2007 with their toy poodle, Max. They added to their canine family with two toy poodles, Beau and Missy.

Paul and Judy were active in the Noti Church of Christ and enjoyed traveling with their poodles.

After Judy’s passing in 2017, Paul moved back to Colorado to live with his granddaughters, Andrea and Jamie.

He found his place in the First United Methodist Church in Loveland, where he made many friends.

He loved to volunteer by taking his poodles to rehab and assisted living facilities.

God saw Paul was getting very tired and called him home. Please remember him in prayer.

Paul was preceded in death by his wife, Judy; his parents; his sister, Joyce; and two sons.