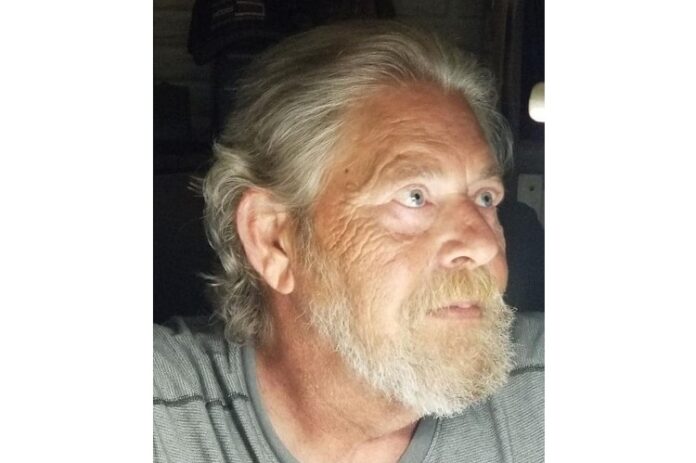 You can take the boy from the farm, but you can’t take the farm out of the boy.

Paul William Taylor was no longer a boy, but he was an incredible man. Handsome yet burly, with a heart of gold and a push-it-to-the-limit attitude. He believed in making improvements and was often reminded to stop trying to reinvent the wheel. He loved and was loved immensely. He is already missed and will be remembered by many for his loving ways and his way of leaving a lasting impression on those who had the pleasure of meeting him.

Paul was a man with many names: “Pauly” as he was known by his snow mobile buddies and Grit, “Poppy,” “Papa” and “Grandpa” as he was called by his grandchildren. “Paul Willy” by his Auntie Marfa. His Hawgstock family and friends will remember him as “Chief.”

He spent his young adult life farming with his grandfather, “Red” Taylor, and his father, Art.

In the ’80s Paul shifted his focus to painting and wood restoration, skills and interests he had gained from his maternal grandfather, Paul (and Virginia) Smith of Perry. He left his mark on the world as a restoration painter and had an incredible talent unmatched by many.

Paul was often called upon for his knowledge of the trade and his willingness to answer questions and help others. Paul often spoke of his proudest achievements in his trade: The Iowa Capital Building, the Madison County Courthouse Dome and plaster repair work on the Woodbury County Courthouse.

Passions of his life were his family first, anything with a motor, going fast, music, trees, bees, his Malamutes, fishing and working with wood. Paul had begun “tinkering” in his shop and truly had a knack for making a project come to life. Paul loved a challenge and could build things with just a picture for inspiration. Paul was proud of the Ukraine Farming Mission he was an intricate part of in 1993.

A Celebration of Life was held April 23 in Linden, Iowa. In lieu of flowers, memorial donations may be made to Winterset EMS or Winterset Fire Dept.