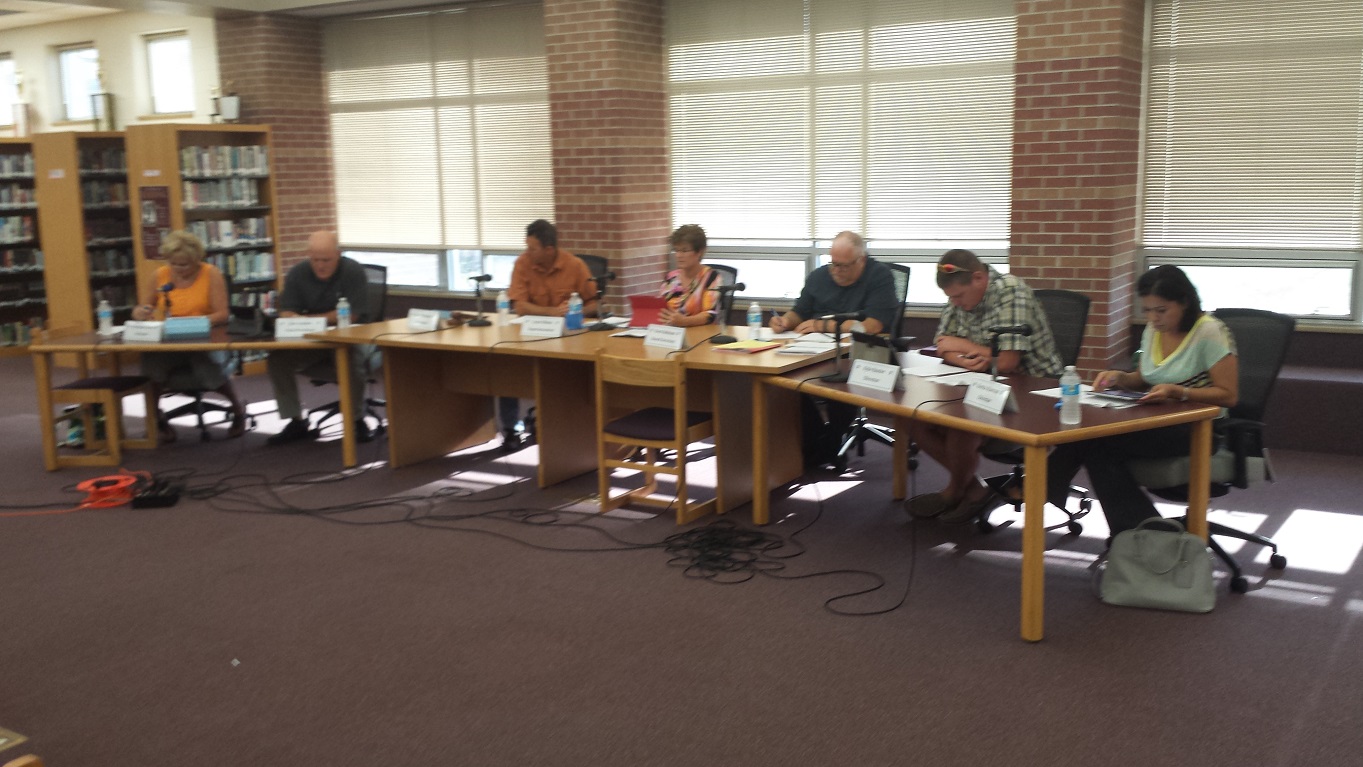 Reports from the Perry Teacher Recruitment Team and the approval of a series of budgetary items highlighted the April meeting of the Perry Community School District Board of Education Monday.

The board voted to approve the budget for fiscal year 2016 based upon no increase in allowable growth or state supplemental aid.

“The state requires that everyone certify their budgets, even though at this time we do not yet know what — if any — increase in SSA is planned,” Superintendent Lynn Ubben said. “Therefore we have to set our budget based on our highest tax rate, which right now is $18.12 per $1,000 of valuation. We cannot go higher than that, but we can drop from there.”

Among other financial matters addressed were the approval of an increase of $215,556 to the Elementary Parking Project, raising the total cost from the previously agreed sum of $837,443 to a new total of $1, 053,000. The additional funds are an increase of over 25 percent of the originally approved project cost and reflect design changes and other amendments. Although representing a substantial increase in expenditure, the change order was not a surprise to the board, as the need for such additions had been mentioned at the March meeting of the board.

The board also signed off on a new Cooperative Food Purchasing Assessment with the IAEP and approved a new negotiated deal with the Perry Education Association for a base four percent increase in salary for certified staff. The agreement will raise salaries by $790 at a total cost of $401,607; it includes a 2.26 percent raise in health insurance costs as well as rises in FIGA and IPERS costs.

The board heard a report from Eddie Diaz, Brandon Weeks and Carla Wood, all members of the Perry Teacher Recruitment Team, who discussed their recent efforts at both the Heartland and UNI teacher fairs.

Diaz noted that Perry was rare it that they had teachers present to encourage potential hires to consider choosing Perry as their first professional destination, noting that most districts were represented by administration and/or human resource personnel.

“We had packets we could provide that included local publications, a top five reason to teach and live in Perry list and other information on our school and community,” he said. “The response was very positive.”

“People were coming up to us wanting to know all about Perry,” she said. “In light of some bad press, we have done some great things here. I told them I could have taught anywhere, but I chose Perry because Perry chose me.”

Weeks, instrumental music teachers at PHS, said being able to give firsthand information about Perry could make an impact.

“I went to a high school in our conference and certainly had my share of opinions about Perry, and they were not good ones,” he said. “Those did not change until I came here as a student teacher. It took me exactly one day to change my mind. Never in my wildest dreams would I have thought the students here were the way the actually are and that Perry was not at all what it might seem to be.”

Kevin Vidergar, Director of Teaching and Learning, addressed the board about the state’s January accreditation and equity visit.

“One of the areas that was discussed was a focus of putting together a five-year plan for what our future goals are,” he said. “It was also noted that we need to increase diversity among staff, but we showed that we are making steps in that direction.”

While some 17 areas of non-compliance were noted, Vidergar explained that most of those were either already attended to or were in the process of being addressed.

“One example would be our plans for the library system,” he said. “It used to be a library was a place you checked out a book and read, but it is increasingly becoming a technology space and a place where you have student/teacher interaction. We need to think about how we will re-design our library system.”

Perry Activities Director Tom Lipovac spoke to the board about raising admission prices for extra-curricular activities to $4 per event for students and senior citizens. Adult admission would remain $5, and high school students who show a student ID would continue to receive a $1 discount at events in Perry.

“This is something the Raccoon River Conference is doing as a whole,” he said. “Admissions are our main source of revenue and our costs are continuing to increase in all areas.”

The board approved the action.

Weeks made a presentation on the need to purchase new uniforms for the marching band, noting that the current uniforms were acquired in 1994/95. He asked for approval of $45,872 as part of the cost of 100 new uniforms.

Senior Christian Loaiza modeled the potential new uniform for the board and after a brief discussion approval was made for $52,272 to cover the entire amount, with any money raised by the band or PHS boosters to be used to help offset costs.

Also approved were the hiring of a new Family and Consumer Science teacher at the high school, a recommendation for an understanding between the district, New Opportunitites, Inc. and Head Start concerning preschool education and various resignations, retirements and transfers.

In closing comments, Perry third grade teacher Andrew Koshatka spoke to the board, expressing frustration over the amount of class time missed by ELL students because of mandatory testing.

“Some of the students lost 300 minutes of intensive intervention and others lost from 60 to 300 minutes at various levels because of time spent on IELDA (English proficiency) or Iowa Assessment tests that took them out of the classroom,” he said.

“Another area that is frustrating is that staff is receiving different sets of instructions and guidelines depending upon who they talk to,” Koshatka said. “It makes it difficult to figure out what it is we are trying to achieve.”

The next meeting of the PCSD board will be May 11 at 6 p.m. in the Brady Library at the Perry Senior High.